Thursday, May 28
You are at:Home»News»Sarawak»RM50 mln for national-type schools, mission schools’ 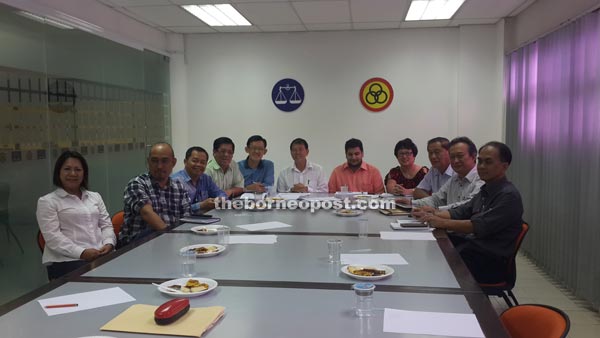 KUCHING: The federal government allocated RM50 million to national-type and mission schools in Sarawak this year.

This budget was given via special arrangement between Deputy Prime Minister Tan Sri Muhyiddin Yassin, who is also Education Minister, and Minister in the Prime Minister’s Department Datuk Mah Siew Keong, who is tasked to oversee its implementation.

Mah’s political secretary Ivanpal Singh Grewal said yesterday that one reason why special arrangement was needed was because most of these schools are private ones and thus negotiations were needed.

He added that since 2009, Sarawak had received RM470 million from the federal government for this purpose.

“There are 129 national-type and mission schools in the state, and Sarawak received the biggest allocation this year. We hope these schools know that the government is always supportive of their noble cause in the name of education,” said Ivanpal, who was here yesterday to meet state BN parties.

The meeting was held at SUPP headquarters, and representatives from PBB, SPDP and PRS were also present.

Ivanpal said Sabah had 99 national-type and mission schools while Peninsular Malaysia had 206 of such schools.

Meanwhile, all of those present called for bigger allocations in future as many schools in the state were in dire need of money for activities and infrastructure upgrading.

SUPP secretary-general Datuk Sebastian Ting said everyone was thankful for the allocation, but “we are appealing for more funds because we only want the best for the schools.

“It is our duty to ensure that these schools get the best they can. We are certain the government will take note of their needs based on the feedback given by us.”

Ting’s view was also echoed by Datuk Paul Igai from SPDP and Edwin Banta and Edward Kurik from PRS.