Monday, July 13
You are at:Home»Business»BizHive»Gaming players in for a rough patch this year 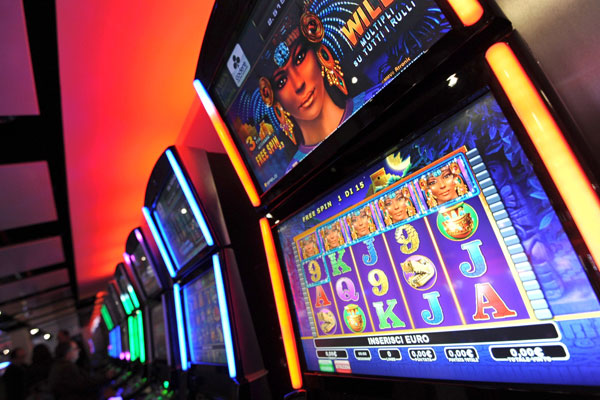 This led the firm to revise its forecast earnings and recommendations of gaming companies under its coverage mainly to capture the impact of GST.

KUCHING: Gaming players are in for a pinch this year as analysts anticipate a slowdown in consumer spending, likely caused by the impending Goods and Services Tax (GST).

The slowdown has indeed begun as analysts pointed out that the Consumer Sentiment Index for the final quarter of 2014 (4Q14) fell 15 points quarter on quarter (q-o-q) to the year’s low of 83.

Within the consumer sector, tough times are particularly expected for gaming players with little excitement to boost the sector in the near term, said analyst Cheah King Yoong from AllianceDBS Research Sdn Bhd (AllianceDBS Research) in a report dated February 11.

This led the firm to revise its forecast earnings and recommendations of gaming companies under its coverage mainly to capture the impact of GST.

“The extended weak domestic consumer sentiment could further reduce discretionary spending, which could in turn, have a negative impact on domestic leisure hospitality as well as ticket sales for number forecast operators.

“These are reflected in the individual company reports. The sector will remain unexciting in the near term,” Cheah said.

‘GST the biggest cause’

“We expect consumer spending to slow to 5.2 per cent in 2015, reflecting a more cautious tone among consumers,” it said in its note. “This is due to rising prices of goods and services in general after the GST implementation kicks in.

“News of retrenchment in some big corporations locally will also affect consumer sentiment as well.

“Already, the MIER’s Consumer Sentiments Index (CSI) dropped by 15 percentage points to 83 in 4Q14. This is the worst reading since 4Q13, indicating consumers are wary as the survey reported growing concern over financial and employment outlook.

“Nevertheless, consumer spending will unlikely fall off the cliff and we expect it to remain resilient, supported by a higher amount of cash assistance via BR1M for the lowincome group of population.

“In addition, individual tax burden will be reduced by one to three percentage points, while higher tax threshold for individual tax payers will help to mitigate the moderation in the growth of consumer spending. It will also be cushioned by stable employment conditions, high savings, as well as sustained wage growth.”

Similarly, public consumption will likely slow down to four per cent in 2015, from 4.4 per cent in 2014 and 6.3 per cent in 2013, reflecting a cut in operating expenditure by the Government to contain its fiscal deficit, following a downgrade in the deficit target, on the back of declining oil revenue due to sliding global oil prices.

Cheah says AllianceDBS Research remained convinced there is little scope for Malaysian gaming stocks to re-rate in the near term. The extended weak domestic consumer sentiment could further reduce discretionary spending, which could in turn, have a negative impact on Genting Malaysia’s domestic leisure and hospitality operations.

“External kickers are still elusive,” he added. “On the external front, there are no significant developments that could boost buying interest in domestic gaming players.

“Although, Genting Bhd might appeal to investors if Japan liberalises its gaming sector, as its subsidiary, Genting Singapore, is well positioned to bid for a casino licence there, there is still no committed timeline to pass the bill to legalise casinos in Japan.”

Nevertheless, Genting is still pushing forward with its expansion plans, most notably with the theme park together with internationally-acclaimed Twentieth Century Fox.

Genting: Slow progress, but coming along 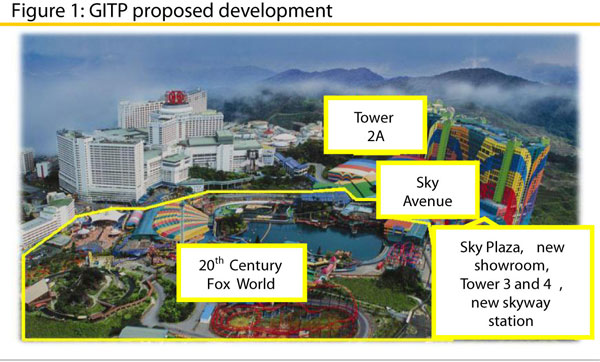 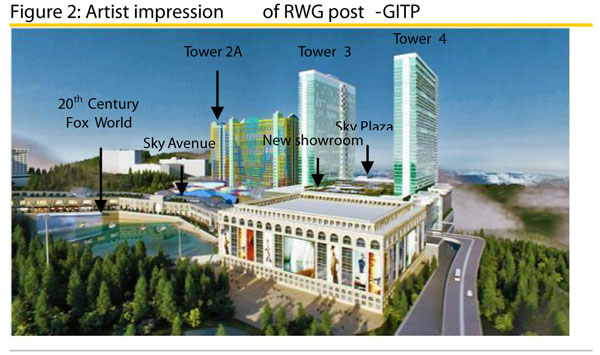 KUCHING: As the biggest investor in Malaysia’s gaming scene, all eyes are on Genting Bhd (Genting) as to whether it can rise from the slump in consumerism.

“We rate the GITP construction as being on track,” it said in its March 15 report.

“By end- 2016, most of the amenities (especially Tower 2A and Sky Plaza) will have fully opened.

“We gather that the new showroom and Sky Avenue mall are the only two amenities that may not be fully opened by then.”

The firm went on to explain how it thought the new VIP gaming floor is stylish and impressive.

“We were granted access to Genting Club Seasons, which opened in 2014.

“There are 10 new VIP rooms themed on the four seasons (i.e. spring, summer, autumn and winter).

“Minimum buy-ins are RM3 million for junket VIPs and RM2 million for direct VIPs; and the minimum bet is RM1,000. Having visited other VIP rooms in Asia, we gather that Genting Club Seasons is a worthy addition to RWG.”

This follows through nicely with Genting’s efforts to internationalise Resorts World Genting which Maybank IB Research said was well under way.

It is understood that Genting Malaysia has hired Paul Baker as its deputy chief operating officer.

Baker is a graduate of the United States Military Academy at Westpoint and Harvard Business School; and served Caesars Entertainment for more than 10 years and Wynn Macau for nine months before joining Genting.

Meanwhile, Genting’s new 1,300-room three-star hotel has been named Tower 2A and is considered an extension of First World Hotel.

A third of the rooms were opened late last year and the remainder is slated for opening by mid-2015.

“We accessed the Tower 2A lobby from the Tower 2 lobby of First World Hotel.

“While rather spartan in its finishing and decor, we opine that Tower 2A lobby exudes a chic and contemporary design.

Tower 2A will raise RWG room inventory by 13 per cent when fully opened. 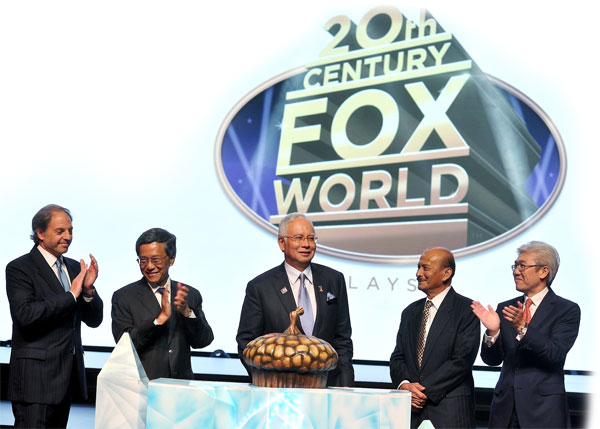 Other areas under progress

Despite the passing of nearly nine months, there appears to be not much work other than earthworksfor Twentieth Century Fox’s theme park, observed Maybank IB Research.

“We understand that it took a while to blast the bedrock beneath the site.

“That said, we understand that 20th Century Fox World is still scheduled to open by late-2016.

“Recall that its opening date was already delayed from 1Q16 to 4Q16.

“We understand that the 25 rides that will be installed there are being fabricated at another site and the housing for the rides will require less than a year to construct.”

Construction of the new showroom does not appear to have commenced yet, it added, however noting that Arena of Stars will still host concerts and performances until the new showroom is opened.

“Therefore, we opine that any delay in the opening of the new showroom (slated for some time in 2016) should not have a material impact on Genting,” it added.

Once the new showroom is opened, the Arena of Stars will host matinees for the visitors of 20th Century Fox World. Meanwhile, construction of Sky Plaza has reached the fourth floor and is slated for completion by the first half of 2016 as expected.

“The timely opening of Sky Plaza is crucial as we understand that it will be the amenity that houses new gaming floor area and gaming units such as tables, electronic table games, slot machines.”

At this juncture, we are unsure if Sky Avenue will fully open as planned in 2016.

Maybank IB Research gathered that a phased opening commencing mid-2016 is more likely with a full opening towards the later part of 2016 or early 2017.

“That being said, earthworks for the construction of Genting Premium Outlet (GPO) at Awana have commenced despite earlier doubts.

“We understand that it will not take long for GPO to be constructed and should still open sometime in 2016.”

KUCHING: The GST will have less severe impact on domestic NFOs than previously feared, given that the GST computation would take into account prize payouts.

However, analysts believe it would still drag forward earnings as the imminent implementation of GST could further weaken already-fragile consumer sentiment.

Berjaya Sports Toto, Cheah from AllianceDBS Research said, is not spared from this sentiment as the group on Thursday released its financial results for the third quarter of its financial year 2015 (3QFY15).

In a statement on Bursa Malaysia, Berjaya Toto said that for the nine-month period under review, the group registered an increase in revenue and pre-tax profit of 28.3 per cent to RM3.83 billion and 3.6 per cent to RM400.68 million respectively.

The group noted that the increase in revenue was mainly attributed to the consolidation of HR Owen’s nine-month results in the current period versus three-month results consolidated in the previous year corresponding period.

“The increase in pre-tax profit was mainly attributed to the refund of RM18 million stamp duty paid pursuant to the rescission of the share purchase agreeement (resulted from the aborted listing of Sports Toto Malaysia Trust on the Singapore Exchange Securities Trading Limited),” it added.

According to the research arm of CIMB Investment Bank Bhd (CIMB Research), BJ Toto’s third quarter of FY15 (3QFY15) NFO sales fell one per cent year on year (y-o-y), in line with expectations as it forecasted a full-year revenue decline of four per cent.

CIMB Research noted that BJ Toto booked a one-off gain of RM18 million in 3Q for the refund of stamp duty following the abortion of the SGX business trust listing.

It further noted that gross prize payout ratio rose from 56.5 per cent in 2Q to 60 per cent in 3Q.

“We expect BJ Toto’s gaming revenue to fall by four per cent per annum in FY15 and FY16,” the research arm said.

CIMB Research noted that Tan Sri Vincent Tan has been actively acquiring Berjaya Sports Toto shares since December 14, acquiring circa eight million shares or about 0.6 per cent of the group’s share capital.

“This signals baseline support for the share price,” it added.

Meanwhile, the research arm noted that the structural problems of the NFO industry persist, namely the continued strength of the illegal operators and poor enforcement.

On the other hand, BJ Toto’s annualized 9MFY15 results were below the research arm of Affin Hwang Investment Bank Bhd’s (AffinHwang Research), but within consensus expectations, as the group’s core net profit accounted for 67 per cent and 75 per cent of full year estimates respectively.

“The variance was due to higher-than-expected prize payout,” it said.

AffinHwang Research believed the environment would become more challenging as the NFO would see their margins slightly eroded by absorbing the six per cent GST while trying to compete in an uneven playing field against the illegal operators who offer higher prize payouts since the latter do not pay taxes.