Saturday, December 3
You are at:Home»Columns»How I See it»GST, private jet and Ides of March? 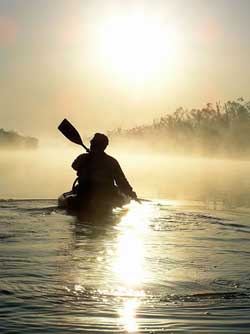 The river of life flows on, following a course partially of our making. Steer the boat, go with the flow.

EMERGING from a supermarket with groceries for his family, Hadar was approached by a group of interviewers.

After comparing the shopping receipts against a Customs Department’s list of groceries and household items that will be taxed or exempted from GST, 11 out of his 22 items in one of his receipts will be subjected to GST after April 1.

He will have to pay an extra RM4.25 on top of that receipt of RM136, starting next month.

The contractor, probably the sole bread winner in the family, felt the GST is unfair.

His response: “They should tax the rich instead of the poor.”

The survey conducted by the online news portal The Malaysian Insider found 31 per cent to 34 per cent of the items low-income families bought are taxable under the new tax regime of GST.

From April, 55 per cent of the items bought by a middle income family in one receipt are taxable.

“The goods I buy are for daily needs – so there is no option left for me,” lamented housewife Maznah who is equally negative about GST.

The perception of consumers is probably better summed up by Zaidi, a small trader: “The government wants to tax us and tells us to save. But then, it goes and buys a new private jet!”

He was referring to the Airbus ACJ320 that the federal government admitted purchasing last week.

The heavy passenger plane which is converted to a private jet, is quoted in the Internet at a price of between US$75 million to US$80 million (RM230 million to RM250 million) though the online portal reported that it is costing us RM465.4 million. But Malaysians are by now used to such spendthrift acquisitions.

With our PM’s private jet of Airbus ACJ319 incurring a maintenance cost of RM5.5 million a year, the ACJ would probably be maintained at RM7 million a year. And the federal government now has a fleet of seven private jet planes. Is that “cool?”

How will the sympathetic shopkeeper tell his customers from the longhouses this is because of the supposedly more superior broad-based consumption tax regime called GST – a compulsory tax and not a type of ‘tea’ for them though it sounds like it – a popular joke circulating at the moment.

Many quarters have voiced against the untimely implementation of the GST – that the country is not ready for it but the government is unperturbed. It has rattled even the longest serving MP Tengku Razaleigh Hamzah who has delivered an exceptional speech in parliament this week.

In his speech, the former Finance Minister revealed his personal letter to all federal lawmakers in October last year, saying the broad based consumption tax would be an additional burden to the people at a time when the country is facing high household, corporate and government debts.

He cautioned the federal government to be sensitive to factors that could lead to the downfall of our country’s economy and similarly urged the government to postpone the implementation of GST to a time when the economy is more stable and firm.

Evidently, the advice flew across the faces of these federal lawmakers and the government is indifferent and unyielding.

It prompted the Gua Musang MP to deliver his forceful speech in the Parliament House, warning that a crisis has seeped into the Malaysian grassroots, causing an economic and political gridlock.

Bluntly, Ku Li, as Tengku Razaleigh Hamzah is also known, said “the power of Parliament had shifted to the leadership of political parties” –  a development he termed as “outside the constitution” and does not reflect a constitutional democracy.

Urging all the MPs to make their decisions based on their conscience, he delivered a timely reminder: “All elected reps have to make a decision if they want to fulfill the pledge to serve the country as well as uphold the Federal Constitution in the interests of the people when they were elected as Members of Parliament or if they are willing to relinquish their right to powers outside the Parliament.

“The decision has to be a fundamental decision for the people. It is a historic decision if they want to serve and bow to the needs of the people or if they want to stay with the party leadership,” Tengku Razaleigh said, making it clear this meant the MPs must accept or reject suggestions in the interests of Malaysians, even though it might mean going against the wish of their respective parties.

It is worthwhile noting that the once aspiring PM had made an intriguing and provocative appeal to the MPs, specifically reminding them that their oath of office is not for any political parties or their leaders.

“The situation presents an opportunity to the Parliament to play an important role in the nation’s development. No other institution, be it political or non-political, can overcome this gridlock apart from the members of this House.”

What is the real message behind this now famous who-do-you-serve speech?

It is thought-provoking because barely two days earlier, Tengku Razaleigh had sounded out his former colleague and rival Tun Dr Mahathir Mohamad that he would have a tough time trying to bring down Datyk Seri Najib Razak through UMNO because UMNO politics is all about money and is a source of income to divisional leaders.

Ku Li was quoted by political analyst and blogger Mohd Sayuti Omar as saying: “These days, UMNO divisional leaders as well as parliamentary members earn up to RM50,000 a month, some even earn hundreds of thousands.”

The same was echoed by A Kadir Jasin, a veteran newsman and a close friend of Dr Mahathir, a day later. He said in his blog posting that Najib’s inner circle comprised hundreds of people who were given patronage (ratusan anggota inner circle dengan pembiayaan yang lumayan).

Undoubtedly, such patronage are GST-free. For the veteran newsman, the former UMNO heavyweights such as Dr Mahathir, Tengku Razaleigh and Tun Daim Zainuddin are in for a huge disappointment if they think Najib will change or step down.

“Only the issues like 1MDB, Pembangunan PFI Sdn Bhd, SRC International Sdn Bhd and Sirul Azhar Umar’s escape to Australia can force him to step down,” he suggested.

“The only way to bring down Najib is through a confidence vote in Parliament,” Tengku Razaleigh was quoted as saying by Mohd Sayuti Omar.

Is this the reason for the who-do-you-serve speech?

Beware the Ides of March?

It is, of course, taken seriously as all presidents of BN component parties immediately gathered to pledge their full support for the embattled PM.

I don’t know if the PM should be feeling relieved.

Did not Julius Caesar tease that the prophecy had not been fulfilled when he walked into the Theatre of Pompey?

Yes, Plutarch, the seer had replied: “The ides of March has come, but not gone”.

Our MPs, who do you serve?

Previous ArticleMan’s primal instinct to defend and protect
Next Article Is not the labourer worthy of his hire?