Saturday, October 8
You are at:Home»News»Sarawak»Call for more geriatricians 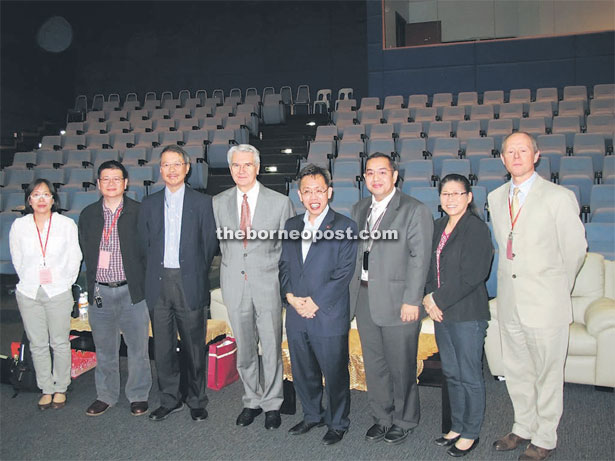 10 pct of Malaysians will be aged 60 and above by 2020; country now has over 20 geriatricians only

KOTA SAMARAHAN: Malaysia is in dire need of geriatricians as its population ages rather rapidly, with about 10 per cent aged 60 and above by 2020.

A geriatrician with the Geriatric Unit, Department of Medicine at Kuala Lumpur Hospital, Dr Yau Weng Keong, said the number of aged people in the country had increased over the years with 7.7 per cent of its population above 60 years old currently.

At present, there are only over 20 geriatricians serving across Malaysia even though the Geriatric Unit was started in 1994.

Speaking at a news conference here yesterday, Dr Yau admitted the unit did not register an easy start, with only four to five professional personnel at its disposal for the first 10 years.

“Between 1994 and 2007, we only had four to five people and only until 2009 did more people start joining us,” he said at the auditorium of Sarawak General Hospital’s (SGH) Heart Centre here. Not requiring instrumental skills and making less income compared to performing operations are among the factors why young medical professionals shun geriatrics.

Despite this, Dr Yau described the branch of medical science as a ‘joy’ given that he attained job satisfaction after seeing elderly patients resume independency.

“It is a joy when it comes to handling older people. We can help them deal with various social issues so that they can eventually be independent, living alone.

“It is the joy of seeing patients getting better that keeps me going. However, we are having problems getting people to join us.”

Meanwhile, head of Geriatrics Medicine at SGH, Dr Lawrence Lee, said young doctors preferred to excel in procedures, which allowed them to stay high on the income pyramid.

He added the department was carrying out programmes such as organising conferences to raise awareness of the importance of geriatrics among healthcare professionals. For now, the Heart Centre has a 20-bed ward for geriatrics. It is understood that the government has plans to move the geriatrics ward to the new Petra Jaya Hospital.

According to Dr Lee, the 20 beds at the centre are occupied at all times. Asked how geriatrics gained his attention, he said: “They (old people) do not complain as much as young people, and they are grateful for what you have done for them.” He was quick to add: “Sometimes, I get gifts and cakes from my patients. They truly appreciate what you do.”

Foreign expert Dr Jean-Pierre Michel of Geneva, Switzerland pointed out the 2015 global report by the World Health Organisation (WHO) focused much on ageing and its related issues.

The WHO report brought him to conclude that ageing is not an issue faced only by Malaysia but is a global problem.

Dr Michel asserted it mattered more for people to direct their attention to live independently even towards the end of their life.

For those old and ailing, he said they could give their all to rid themselves of diseases and lead a functioning and autonomous life.

Citing dementia as an example, he said people should put in greater efforts to increase the brain reserve as a means to help delay the disease by five years.

For stroke expert Prof Martin James of the United Kingdom, preventive measures must be put in place to effectively fight ageing and various illnesses.

He observed some individuals had never had their blood pressure reading taken while hypertension could lead to stroke.

“Improving mobility can reduce the development of high blood pressure. The best stroke is the one being prevented by reducing blood pressure…”

James also advised people to cut down on smoking and reduce the intake of salt, saying in the United Kingdom, the government has introduced some public health measures such as reducing salt in all ingredients to enhance health awareness among the community.

Malaysia is a relatively young country compared to Australia and European nations, he said, adding more initiatives could be launched to enhance healthcare.

“Malaysia can learn from the mistakes we made in the past.”

What is a geriatrician?

A geriatrician is a physician who has completed a residency in either Internal Medicine or Family Medicine with an additional one or two year fellowship training in the medical, social, and psychological issues that concern older adults.

A geriatrician is a doctor who specializes in care for people 65 and older. Just as a pediatrician tends to the needs of a child, a geriatrician cares for the special needs of changing seniors. Geriatricians approach each patient’s needs individually, and possess the knowledge and expertise needed to accommodate seniors.

Source: University of Arkansas for Medical Sciences (UAMS), Arkansas, US