Saturday, May 15
You are at:Home»News»Sarawak»Mufti blames western media for misconception on Islam 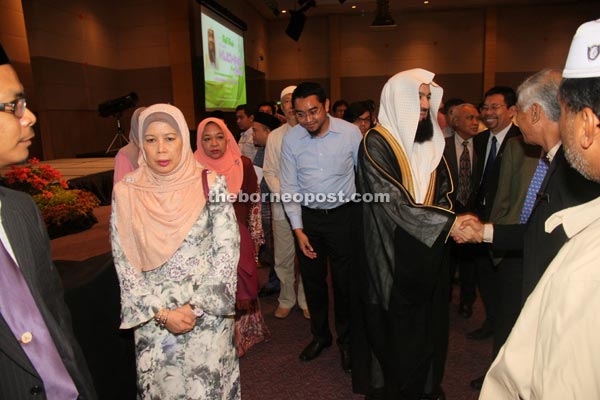 KUCHING: Zimbabwean Mufti Ismail Musa Menk blamed the western media for misleading the world on Islam, which had led to the misconception that Muslims are generally terrorists.

He pointed out that Islam does not preach violence but emphasises on discussion and consultation in all aspects of life.

Islam also emphasises the sharing of ideas, common understanding and awareness, he said, adding that the religion had been made a political tool most of the time in several countries.

He made the remarks at a talk themed ‘Living in Coexistence: The Islamic Perspective’ at the Dewan Kompleks Islam Sarawak here yesterday. Chief Minister’s wife Datin Patinggi Datuk Jamilah Anu was among the 1,000 guests attending the talk.

Previous ArticleGST not on amount of financial transaction – ABM
Next Article Alleged conversion: Teachers transferred out of Sarawak