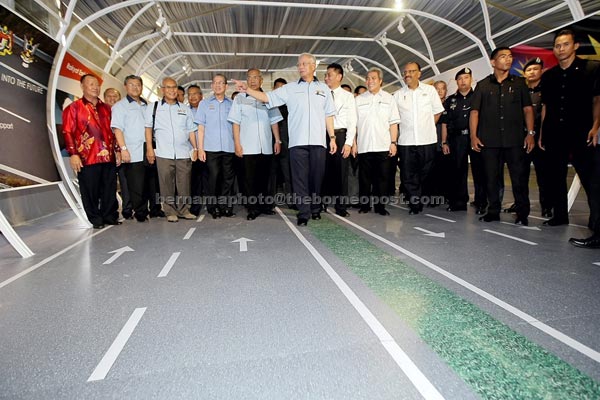 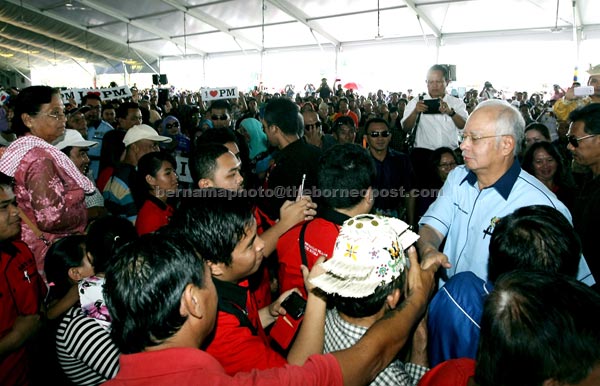 Najib being greeted by the public on arrival for the launching. — Bernama photo 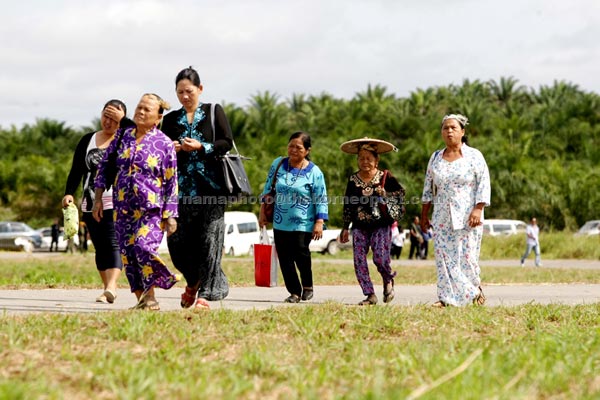 BINTULU: The construction of the Pan Borneo Highway which will be implemented on the concept of Private-Public Partnership (PPP) can minimise risks besides ensuring that the implementation cost will not escalate, said Prime Minister Datuk Seri Najib Tun Razak.

He said under the concept, the project developer would bear the risk of cost escalation or that the project could not be completed within schedule, and they would certainly choose a consultant who was truly capable of ensuring everything went smoothly.

What was more important, he said, was that the government did its best to maximise the rate of return from the construction of the highway, and ensure that it not only brought multiplying effects to the economy of Sarawak, particularly in every town that it passed through, but also to the surrounding interior areas.

“Thus we must plan, so that we can create more new entrepreneurs through the highway, must determine how agricultural products, for example from the rural areas, can be marketed at the RSA (Rest and Service Areas) provided, to ensure that it brings about maximum returns,” the prime minister said at the media conference after launching the Sarawak Pan Borneo Highway construction project at the Bakun RSA (Rest & Service Area), Km 52 Bintulu-Miri road here yesterday.

The Sarawak Pan-Borneo Highway is a federal government project involving a 1,076km route between Tanjung Datu and Merapok at the Sarawak/Sabah border costing more than RM13 billion which is expected to be fully completed in 2023.

At the event, the prime minister also handed over the letter of commitment on the Development Funds to 75 selected contracting companies belonging to Sarawak locals involved in highway construction.

Najib said what was also emphasised in the highway construction project was that it must involve contractors, consultants and sub-contractors from the various ethnic groups in Sarawak.

He said besides the economic aspects and reducing the journey time, the highway was also important in terms of the security aspect because the land route was the safest mode of transport, and the two-lane route also provided better safety and comfort.

The prime minister said he expected to return to Sarawak to launch the second phase construction of the highway involving a 40-km route between Tanjung Datu and Sematan in September.