Sunday, September 20
You are at:Home»News»Sarawak»Lee angling greener side of Miri for parks The spot where Lee hopes could be turned into a fishing park.

MIRI: Miri has a lot of lush greeneries and thus more areas should be gazetted as parks.

Assistant Minister of Communication Datuk Lee Kim Shin said, for instance, the fishing spot at the mouth of Miri River near Kampung Pulau Melayu should be turned into a fishing park.

“Anglers flock to that place every day because it is a fishing haven. The place is not only known for being a great fishing spot but it is also a beautiful recreational place.” 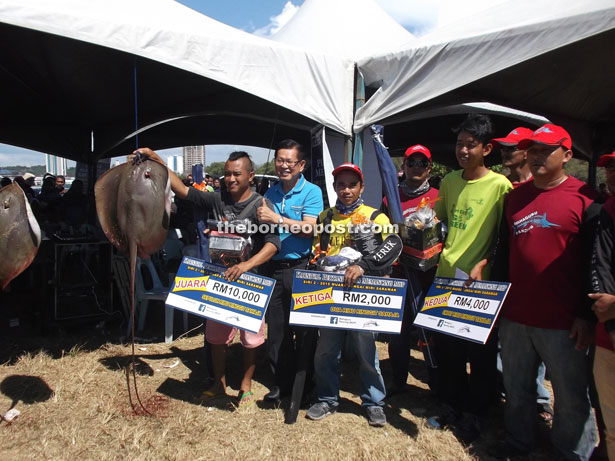 If that fishing spot was gazetted as a fishing park, he believed it would boost Miri’s potential in sports fishing tourism.

“I need to check the status of the area with the Land and Survey Department as this location is a private property. Perhaps, we can discuss the matter with the land owner.”

On the fishing competition, Lee said it attracted about 500 anglers, including a few die-hards from Sabah and Brunei.

“I am very happy with the event as it also promotes awareness among anglers to care for the environment.

“I was also informed that they practise the ‘catch and release’. This is very good for sustainability. Miri Anglers Club has also been practising this all this while.”

Addy Majalani emerged champion in the competition after he landed a 10.81kg stingray. He walked away with the cash prize of RM10,000.