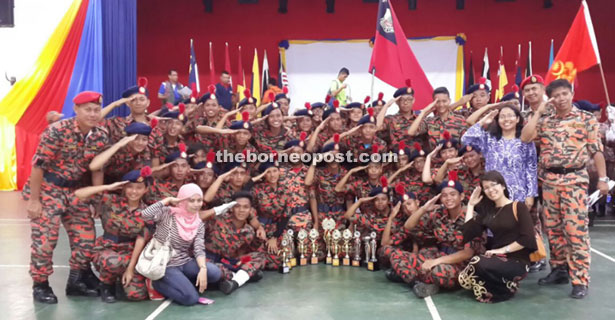 Participants from SMK Lake Bau pose for a photo after winning the Cadet Bomba competition. — Photo courtesy of Bomba Bau

The competition was held at the Bau Fire and Rescue Department (Bomba).

The school’s cadets also won the best individual male cadet and the best platoon commander in the competition. A total of 14 schools took part in the two-day competition consisting of 7 events.

SMK Lake Bau will represent Kuching Zone for the coming

inter-division Bomba cadet competition, which will be held in Miri this May.