Sunday, September 20
You are at:Home»Business»BizHive»The week at a glance 12 April 2015 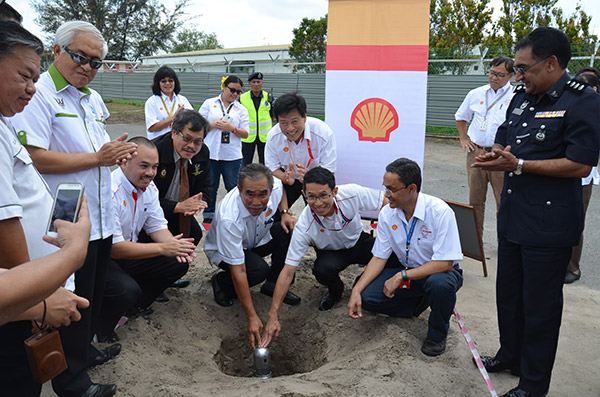 Shell Malaysia is constructing the largest upstream oil and gas laboratory in Lutong to efficiently deliver the demands for their deepwater exploration and production activities in Malaysia. The laboratory costs over RM8 million and is set to be one of the largest in Malaysia.

It is scheduled for completion by end of 2016 and will be equipped with sophisticated modern facilities, including high-tech analytical instruments to meet the expanding analytical capability required by Shell’s existing and future projects.

‘Awareness of wills and trusts still low in East Malaysia’

The awareness of the importance of wills and trusts are still low, especially in East Malaysia, according to Rockwills International Group (Rockwills).

According to group managing director Saw Leong Aun, more than 95 per cent of people in East Malaysia still do not have a will and trust. Out of the 150,000 wills written by Rockwills to date, only 2,000 to 3,000 wills have been from Sarawak.

CMS’ ratings will not be affected by proposed acquisition of Sacofa

RAM Ratings Services Bhd (RAM0 is of the view that Cahya Mata Sarawak Bhd’s (CMS) recently announced offer to acquire 50 per cent of Sacofa Sdn Bhd (Sacofa) will not materially impact the Group, which is rated AA3/Stable/P1 by RAM.

UMS Investment Holdings Sdn Bhd (UiNVEST), a subsidiary of Universiti Malaysia Sabah (UMS), doubled its profit to RM2.4 million last year compared with RM1.2 million achieved in 2013. UMS vice-chancellor Prof Datuk Dr Mohd Harun Abdullah said the achievement was a good indication of the development of the subsidiary, which recorded a less than encouraging performance prior to this.

Newly established companies or existing companies that expand operations into less developed areas will be eligible for 100 per cent income tax exemption for up to 15 years, says International Trade and Industry Minister Datuk Seri Mustapa Mohamed. He said the exemption was among the four new tax incentives under the 2015 Budget announced by the Prime Minister Datuk Seri Najib Tun Razak last year.

The telco sector has been viewed as the biggest “winner” in terms of its performance after the implementation of goods and services tax (GST) as they are able to pass the six per cent previously absorbed by them back to their subscribers, analysts observed. According to the research arm of M&A Securities Sdn Bhd (M&A Securities), the first day of GST implementation saw telco issues topping the statistics for GST complaints at 44 per cent share as the confusion of who should absorb the six per cent on prepaid reload became a hot debate.

Malakoff Corporation Bhd (Malakoff), Malaysia’s largest independent power producer, will start taking orders on April 17 for its RM2.74 billion initial public offering (IPO), people with knowledge of the share sale said. Malaysia’s biggest IPO so far in a year of few deals comes as companies more susceptible to significant volatility in energy prices and the ringgit opt against embarking on IPOs, for fear the volatility could lead to their firms being valued less.

The fund declared a dividend of 6.75 per cent for the financial year ended Dec 31, 2014 (FY14) after seeing its investment assets grew to  RM636.53 billion while registering a return on investment of 7.25 per cent.