Saturday, May 8
You are at:Home»News»Sarawak»Asean film makers still a struggling lot 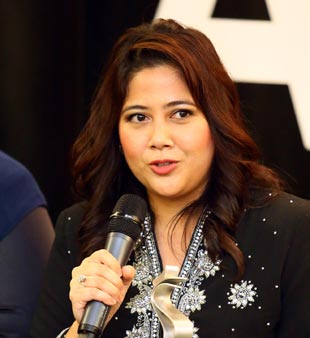 KUCHING: Even as filmmakers and actors depart from here after the 2nd Asean International Film Festival and Awards (Aiffa), they leave sharing the same sentiment over the future of films in Asean.

Najwa Abu Bakar, executive producer for Best Film ‘Terbaik Dari Langit’ (Malaysia), said the domestic market for films had been quite difficult in the last two or three years.

She told reporters during a press conference after the award ceremony that this was not an uncommon problem for her fellow filmmakers in Asean, and clinching both Best Film and Best Actor (Bront Palarae) at Aiffa 2015 was godsend.

The Lifetime Achievement Award winner for 2015 was Philippine cinema superstar Nora Aunor, whose career spans nearly 50 years and fits the bill for an Asean film personality who has broken the international barrier.

She expressed two key points during her acceptance speech and at the press conference later.

The first was to see more Asean films go global. The second, the need for Asean governments to do more to help their local film industry.

“We make many films. It would be great if the government would recognise these efforts and support us so we can keep making great films,” she said.

Another notable entry was Cambodia’s ‘The Last Reel’ by Cambodian director and producer Kulikar Sotho, who accepted the Best Supporting Actor award for Sok Sothun.

She was accompanied to the festival by actress Ma Rynet and actor Rous Mony.

During the press conference, Sotho said there were not a lot of opportunities for the Cambodian voice to be heard in film, especially as its society was moving on after being devastated by genocide and war.

“This is a story seen through the eyes of the younger generation,” she said of the film that explored how Cambodia’s painful past was still fresh on their lives.