Monday, August 15
You are at:Home»News»Sarawak»‘Number of Sarawakian teachers still a big issue’ 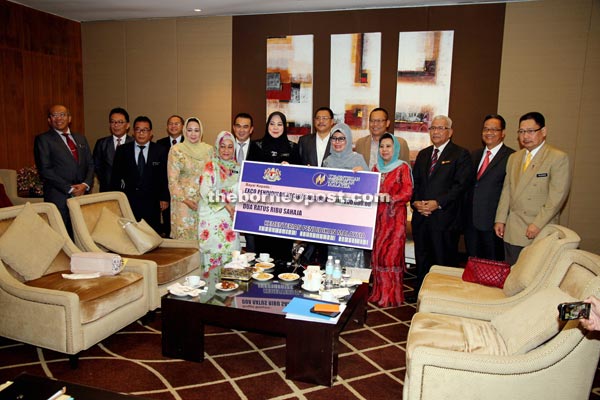 KUCHING: The percentage of Sarawakian teachers in the state was among the issues discussed during a meeting with the Ministry of Education yesterday.

Welfare, Women and Family Development Minister Datuk Fatimah Abdullah said the low number of local teachers was a pressing matter that needed to be addressed.

“We hope that through this, we would be able to find out on the latest development on the situation from the Ministry of Education,” she told a press conference prior to the meeting, which was attended by Ministry of Education secretary-general Tan Sri Dr Madinah Mohamad.

The meeting was a follow-up to Education Minister Tan Sri Muhyiddin Yassin’s announcement in February that the ministry planned to increase the number of trainees from Sarawak at teachers training institutes (IPGs) by introducing new recruitment guidelines.

“In addition to this, other matters which will be discussed include development of schools, facilities, upgrading works among others. We will then present the outcome from the meeting to our Chief Minister Datuk Patinggi Tan Sri Adenan Satem,” said Fatimah, who added that the discussion was also in preparation for the upcoming State Legislative Assembly (DUN) sitting from April 21-29.

Fatimah, who represented the Sarawak Education Exco, also received an RM200,000 grant from the Ministry of Education.