Saturday, June 19
You are at:Home»Business»BizHive»The week at a glance 19 April 2015 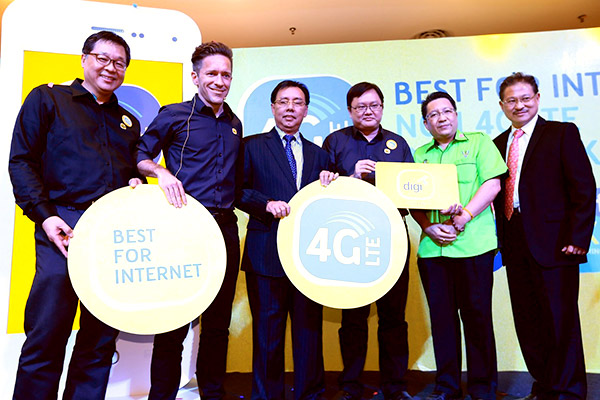 The possible advent of an El Nino in this region could have a positive impact on crude palm oil (CPO) prices, driven by a potential shortfall in supply, analysts say.Australian Government Bureau of Meteorology (BOM) have stated that the chances of El Nino occurring in 2015 have increased, while the ENSO Tracker has been raised to El Nino ALERT (from El Niño WATCH), indicating at least a 70 per cent chance of an El Nino occurring this year (previously 50 per cent).

KUCHING: Cahya Mata Sarawak Bhd’s (CMS) first major job win since 2009 consisting of the construction contract to design and build the Sarawak Museum Campus and Heritage Trail in Kuching could in analysts’ view be a prelude to more wins. PPES Works (Sarawak) Sdn Bhd (PPES), a subsidiary company of CMS Works Sdn Bhd which in turn is a wholly owned subsiary company of CMS had entered into a “Design and Build and Negotiated Contract” with the Government of Sarawak for the proposed Sarawak Museum Campus and Heritage Trail, Kuching,  at a total contract sum of RM308 million.

The BIMP-EAGA Malaysia Business Council (BEMBC)Sarawak chapter has put forth a proposal for the establishment of cooperation towards the “Southern Sarawak-Kalbar Regional Development”.

The aim is to further enhance recent cross-border business relations in respect of Sarawak and West Kalimantan (Kalbar).

DiGi Telecommunications (DiGi) has officially launched its 4G long-term evolution (LTE) services for Sarawak and the service is now available in Kuching, Miri and Bintulu. It plans to expand more areas in Kuching, Miri, Bintulu, Sibu and Samarhan, bringing the company’s LTE footprint in Sarawak to 42 per cent and total 3G coverage in the state to 71 per cent by year end.

Malaysia’s economy to grow at slower pace of 4.7 pct this year

Malaysia’s economic growth is expected to slow down to 4.7 per cent in 2015 before normalising to five per cent in 2016, while the current account would remain in a small surplus.  In the East Asia Pacific Economic Update, the World Bank said lower oil prices would dampen growth through delays in capital expenditures in the oil and gas sector, a key driver of the recent investment boom.

Prudential records 31 per cent jump in new agents for 2014

Prudential Assurance Malaysia Bhd (PAMB) has registered a record 31 per cent growth in the number of new agents recruited in 2014.

Bioalpha Holdings Bhd (Bioalpha) listed on the ACE Market of Bursa Malaysia Securities Bhd yesterday and is the first company to list on Bursa Malaysia this year. Bioalpha, which is an integrated health supplement company, officially commenced trading under the stock short name BIOHLDG and stock code 0179.

Ringgit to rebound as US dollar vulnerable to profit-taking

The ringgit, in line with other emerging currencies, will potentially rebound against the US dollar this year as the greenback is expected to be vulnerable to profit-taking. International foreign exchange broker ForexTime Ltd chief market analyst Jameel Ahmad said the first round of interest-rate hikes in the US would likely be in September.

Malaysia has successfully priced US$1 billion of 10-year and US$500 million of 30-year benchmark Trust Certificates (Sukuk) for a total deal size of US$1.5 billion. The Ministry of Finance in a statement said the 30-year tranche was the government’s inaugural sukuk issuance which is the longest tenured sukuk ever by a sovereign.

Malakoff Corporation Bhd, Malaysia’s largest independent power producer, is expected to raise RM3.15 billion in proceeds from the listing of 1.52 billion shares at a maximum indicative price of RM1.80 per share, subject to final determination.