Monday, August 3
You are at:Home»News»Sarawak»Fort Alice re-opens as heritage museum 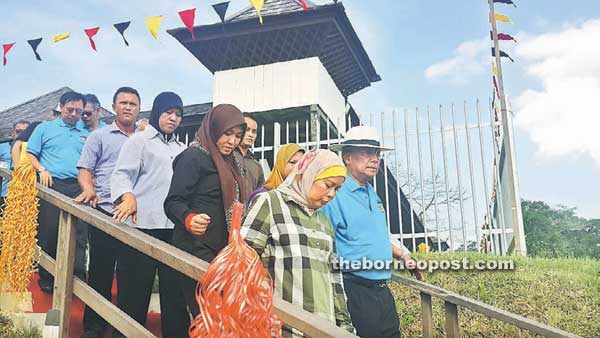 Adenan leaves Fort Alice with Jamilah after the opening ceremony.

The colonial-era fort built by the Brooke family is now a reconstructed building which functions as a heritage museum.

The unveiling yesterday coincided with Pesta Benak 2015, an annual event held in the division.

Adenan, who signed on the museum’s plaque to mark its symbolic re-opening, was taken for a short tour of the premises together with several museum officials.

At a press conference later, Adenan said he was impressed with the restoration work on the museum.

He shared a story he read many years ago about Fort Alice.

“I am impressed. The restoration team has managed to maintain the colonial touch to the building through extensive research. The museum certainly gives you that authentic feel of visiting a colonial-era building,” he said.

According to the director of Sarawak Museum Department, Ipoi Datan, the project was one of several initiated by the department to create more places of interest in Sarawak to boost tourism.

“Historical places like Fort Alice are places which need a lot of attention due to their priceless value in Sarawak’s history. That is why we, together with a few other agencies, worked hard to restore historical structures like Fort Alice,” he added.

Ipoi said it took almost RM5 million to restore the building and he was happy to note that the project was completed on time. For the record, restoration work on the fort began in 2012. 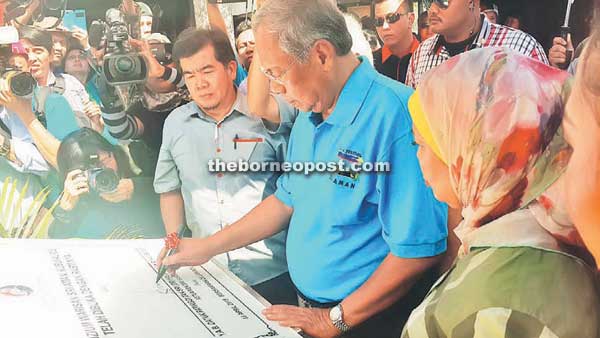 Adenan declares open the fort. Ipoi is on his right. 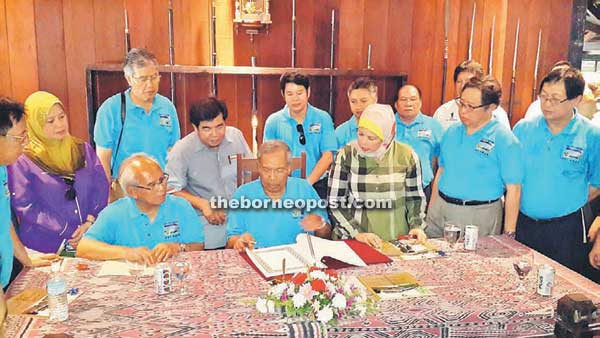