Saturday, December 3
You are at:Home»News»Sarawak»UPP signboard with BN logo uprooted 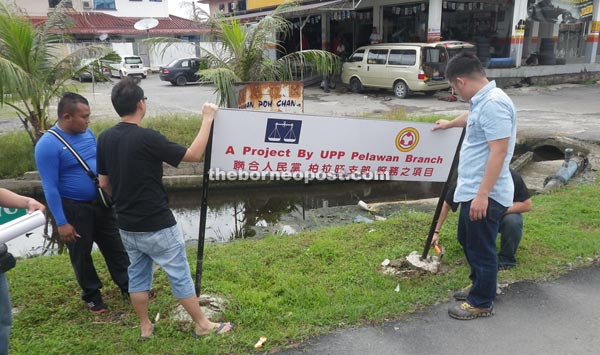 Several SUPP Youth members removing one of the signboards.

“We have lodged a police report. UPP has no right to use the BN logo. It is misleading.

“People may think UPP is already a BN component party,” he said.

Yek said the offender ought to face punitive action.

When contacted yesterday evening, Yek confirmed more than a dozen party members staged a protest at 10am on Monday at where the BN logo was put on UPP signboards.

“After the protest, we took down the two signboards with the BN logo, took them away and handed them to the police when we lodged a report at 2pm.”