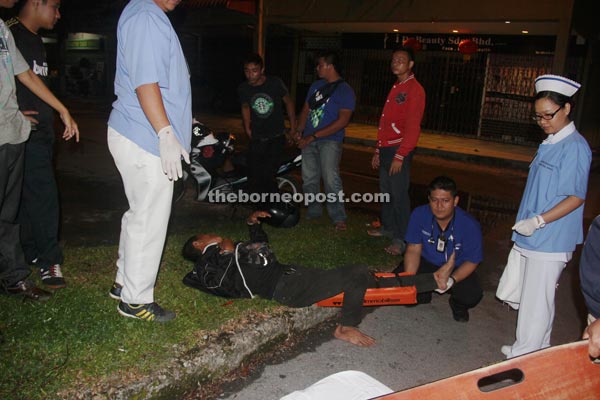 KUCHING: A man reported to the police saying he was assaulted and robbed by four bogus policemen at a commercial centre near Taman BDC early yesterday.

In the incident that occurred around 12.30am at a parking lot, four men approached the victim, introduced themselves as cops, and asked him to produce his identity card.

Instead of complying, the 24-year-old asked to see their police cards.

The men then assaulted him, forced him into his car, and demanded him to drive to a bank in Padungan where they made him withdraw RM300 and took away his mobile phone before they finally let him drive away.

The victim in his 20s and a friend were heading towards a shop to buy cigarettes around 12.30am when their motorcycle chain snapped and caused the machine to veer out of control before crashing.

The pillion rider was unhurt but the rider was left with injuries to his face and left leg.