Thursday, August 6
You are at:Home»Columns»Uncle DI»A branch for the Sarawak diaspora 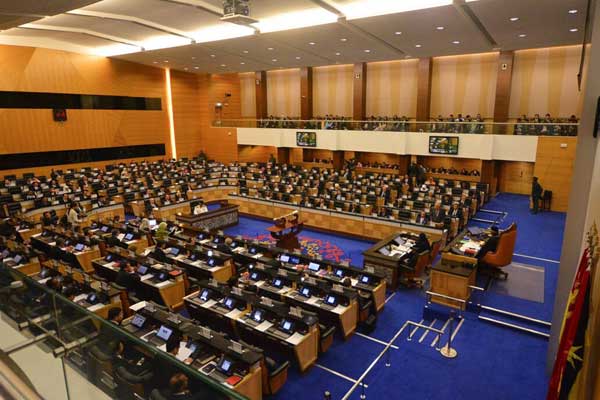 THE news that a branch of Umno could be established in the constituency of Pasir Gudang in order to cater for the needs of the many thousands of Sarawakians working and living in Johor has kicked up a fuss in Sarawak.

The fuss is about fear of political domination by outsiders: certain politicians in the state are apprehensive of their own political future.

But the news is not about Umno coming to Sarawak at all. Unfortunately, the ghost of Umno coming to take over power has always been there because there have been attempts in the past to plant the Umno seed on Sarawak soil.

In 1965, there was one member here, as told to me by Abang Ikhwan Zainie. Subsequent attempts have also been made to recruit members for the party but not until a decade ago was there a question raised as to when Umno might spread its wings to Sarawak. A member of a party’s delegation to KL had raised such a question with the then Menteri Besar of Selangor Muhammad Taib. Not long after this, I saw stacks of Umno application forms in the boot of a car ready for distribution to potential applicants in the state.

But the seed did not sprout for lack of water or fertiliser. Nonetheless, whenever there is any mention of connection between Sarawakians and Umno, the spectre of Umno coming to the state poses a threat to the local practitioners and activists, especially those who had wanted to introduce Umno to Sarawak but couldn’t make a dent on the hard shell of Sarawak nationalism.

Had these pioneers succeeded in recruiting members for Umno in the state, there would have been no fuss at all. They would claim the credit and enjoyed immense prestige.

The seed may still be in the ground and may sprout one day once there is enough water but for the moment the interest is on Pasir Gudang – across the sea.

I don’t see any good reason to object to the proposal by Umno or for that matter any other eligible party for the Sarawakians (hereinafter called Sarajoreans) in Johor. To those of us who grudge the people who wish to join Umno, I’d say that these Sarajoreans have the right to choose which party to join. Who are we to question the right of these citizens to exercise their freedom to associate as long as they do not join Isis or any party which has been proscribed by law.

As long as the party operates its branches in the peninsula, there is no fear that it will be able to capture power in the state as long as PBB and its allies are strong and able to provide the necessary leadership in terms of fairness to the people here and as long as the opposition is able or allowed to play its legitimate role as alternative government.

This is a democratic country and membership of a political organisation is a matter of choice, free and lawful. In Malaysia, people join a political party for a variety of reasons. Idealists join it because they wish to translate a political ideology or philosophy into practice; others, to show off patriotism or to seek office or acquire status in society for personal glory, or to establish relationships with politicians especially those walking in the corridors of power in the hope of gaining fame and riches through those relationships. Yet other people hope for some benefit – crumbs under the table – from the development goodies from time to time especially at election time.

Profit motive is often top of the priorities among these objectives, the ideology or patriotism is the last and the least important. For these people, love for the country is relegated to times of war only. Soldiers and the policemen are about the only people who work day and night thinking of ways and means by which to defend the sovereignty of the nation, at peace or at war.

While Umno’s real intention in this exercise was not openly disclosed by the chairman of the Johor Umno Liaison Committee, anyone can guess with a high degree of accuracy that the new members of Umno who are also Orang Sarawak will vote for BN in Pasir Gudang at the next general election. If Umno is smart, it will put up a Sarajorean as the candidate for that constituency at the next election. Then you will see hordes of politicians from Sarawak – including those who are ‘anti-Umno coming to Sarawak’ – canvassing for votes on his behalf. If he is elected, he will create history for the country. A son of Sarawak may be appointed a federal minister via Umno or elected as a member of the supreme council of that party.

Most likely the branch members will elect a Dayak as their chairman, for public relations purposes, if nothing else. It is generous of Umno to create an opening for the diaspora to try their luck in politics. At home here in Borneo, they have little or no chance to be a YB.

For those Sarajoreans who have been in Johor for a long time, having acquired property or spouses and having children now happily in school supplied with clean water and uninterrupted supply of electricity, I doubt if most of them will ever return to the Land of the Hornbills where there is hardly any of such birds to be seen any more.

There in Johor they can find jobs more easily and live and prosper. They learn how to cope with GST as consumers and they can get involved in business, if they have capital. The former Natives of Sarawak can learn the art of living in a Semanjung city without worrying about losing their rights over the Pemakai Menoa, Pulau Galau and Temuda in Sarawak.

As members of Umno, some among them may play an important in the local government or work in some government agencies. Umno leaders in Johor will see to all that if they are sincere about looking after the welfare of the new members. They will be loyal subjects of the Sultan. In return for the obligation to observe “Dimana bumi di pijak di situ langit di junjong” – loyalty is where you are – they will be fully protected by His Highness, the Sultan.

This ‘Umno not coming to Sarawak’ assurance was given by Anwar Ibrahim when he was DPM and this mantra has been repeated by practically every Umno leader ever since. If there’s any more knock on our gates, PBB leadership and allies and the opposition will be able to handle the situation and cross the bridge when they come to it.

Lest I sound like advocating Umno’s entry into Sarawak in principle, let me say this that I don’t take sides in partisan politics, nor am I burning bridges with politicians of various hues and standings. For the moment, I’m happy running an NGO (Nadai Guna Orang – No Good One) fighting for the recognition and protection of the Pemakai Menoa, Pulau Galau and Temuda – a quiet quest for justice which is more important than a quest for a political clout which is ineffective.

Previous ArticleWhere is our money?
Next Article Rose Iwanaga and the Evergreen Dancers