Sunday, October 2
You are at:Home»Columns»How I See it»Where is our money? 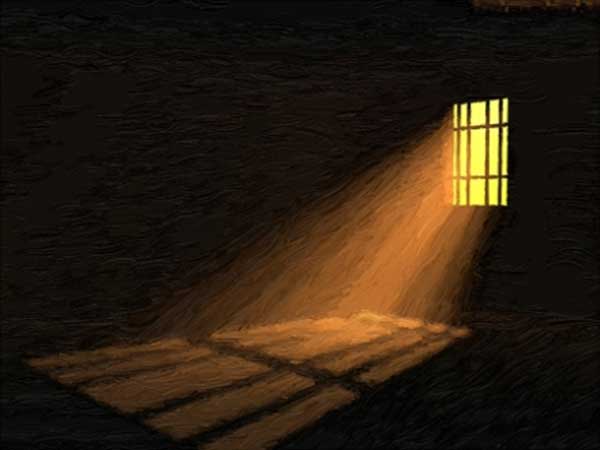 AT the UMNO Supreme Council meeting to celebrate the party’s anniversary recently, a VP told a story to entertain the president.

He narrated: “A father gave RM100 each to his three sons and asked them to buy things and fill up a room completely.

“The third son bought a candle for RM1 and lit it up and the room was filled with light completely.”

The VP declared: “Our PM is like the third son. From the day he has taken charge, our country is filled with the bright light of prosperity.”

He quickly added: “I know you can buy a candle for 50 sen but kena bayar GST lah, and the traders are profiteering. So beli mahal sikit.”

Amidst laughter acknowledging the government is used to beli mahal sikit and the common folks are crying with GST hanging over their heads, there was a loud angry scream from the long table: “But where is the remaining RM99?”

Of course, most thesundaypost readers have heard of this story of the clever third son. But I do not know if any UMNO VPs have read or heard about it before – so the tale to butter up the PM as an equal to the third son is fictitious.

But then, which Malaysian would dispute such assertion that our PM is clever? We cannot be so forthright or to unintelligently admit that our country is led by somebody not clever, can we?

The expose of an anonymous blog The Benchmark, publishing the prigrims’ fund Lembaga Tabung Haji proposal to execute the sale and purchase agreement with 1MDB Real Estate or its subsidiary for the purchase of land at the Tun Razak Exchange (TRX), was like a candle that shone onto the corner of a dark hidden closet.

The proposal, approved in April, was for the revision of payment terms for a plot of land 0.62 hectare which 1MDB bought for RM4 million from the government and now sold to Lembaga Tabung Haji for RM194 million.

The proposal has also included the purchase of another plot of 1.376 ha land which 1MDB has acquired at RM8.9 million and is to be sold to LTH for RM578 million. The LTH’s proposal to build a 74-storey Signature Tower on this plot of land has since been aborted.

The documents revealed that the minister had on April 13 allegedly approved the two transactions, costing a whopping RM722 million. This is despite the fact that LTH is paying 48 to 65 times more than what 1MDB had paid to the government and that the LTH’s risk management team had considered the project “high risk.”

Over and above the questionable business deal, the conflict of interest was glaring. LTH group managing director and CEO also sits on 1MDB’s advisory board but he was said to have stayed out of all the negotiations.

Another senior Tabung Haji executive and two board members, all of whom also hold 1MDB-related positions, however, did not abstain as they were said to hold no decision-making positions in 1MDB.

It was not a bailout (they said so) for 1MDB. So, I guess it was just the band of brothers coming to the rescue of the clever leader. After all, they are all comrades in the same political party. Indeed, with the candle light shining on the outrageous deal, it is a reprieve for the clever leader.

For the first time in months, it has been a relatively quiet week in which he is not the centre of attention, or at least, the public attention has not been trained on the RM42 billion debts chalked up by his pet company barely incorporated six years ago, an investment vehicle wholly owned by his ministry and the enormous debts backed by his administration.

It is not wrong for the critics to intensely focus on the pilgrimage fund’s dealing with 1MDB as it appears that Tabung Haji has already invested more than RM1.5 billion in 1MDB’s Islamic bonds, and there are more government-linked corporations being used to pump funds into 1MDB.

This includes the Retirement Fund Incorporated or Kumpulan Wang Amanah Pencen (KWAP) which has agreed to buy a parcel of land at the same Tun Razak Exchange (TRX) at between RM1 billion to RM1.2 billion.

This transaction has not been finalised though the negotiation has been concluded. It will be ridiculous if the minister approved this transaction as the KWAP has given a RM4 billion loan to one of 1MDB’s subsidiaries and it is doubted whether millions of our pensioners will suffer losses through this Retirement Fund.

Earlier this week, Deutsche Bank has led a consortium of six international banks to seek clarification and plan to ask debt-laden 1MDB to settle a US$975 million loan four months before its due date.

A Singaporean business daily, quoting sources, said “securitisation document” for the loan was now deemed “incomplete” and lenders could demand for repayment any time before its due date of end-August.

loans to be in default or it risks being caught in a cross default situation for its remaining debts of US$15.5 billion (RM42 billion).

Last month, a renowned and influential international rating agency had cited “debt obligations of a state-owned investment entity” as one of the main reasons Malaysia’s credit rating is more than 50 per cent likely to be downgraded.

Waking up to a new week, we have to be hopeful that the clever leader will open the windows and allow the sunlight to shine into the room.

Sunlight is free, isn’t it? Our folks in the kampungs or longhouses will be able to relate their experience and tell us the opening of windows is how they fill the rooms with light and they can save up the money.

Very quickly, all eyes will be trained back on the clever leader who has yet to beam light on the use of the 60 per cent of the 1MDB loans, and how his administration can back the enormous debts if that special “state-owned investment entity” defaulted on its obligations?

Yes, whoever is sitting as the chairman of the advisory board of a company has to be very clever for it to borrow RM42 billion from international banks and other local corporations with the whole country fully backing its loans.

But where is the money?

I do not know whether the VP will help him open the windows and find where the billions are stashed. Who know if he is still with the clever leader when the week ends.

The depositors of the pilgrimage funds may soon stand up and demand accountability of their money, the Malaysian pensioners too.

“Where is our money?”

The whole nation should be asking this same question.