Wednesday, December 8
You are at:Home»News»Sarawak»Mirians log another entry in Malaysia Book of Records 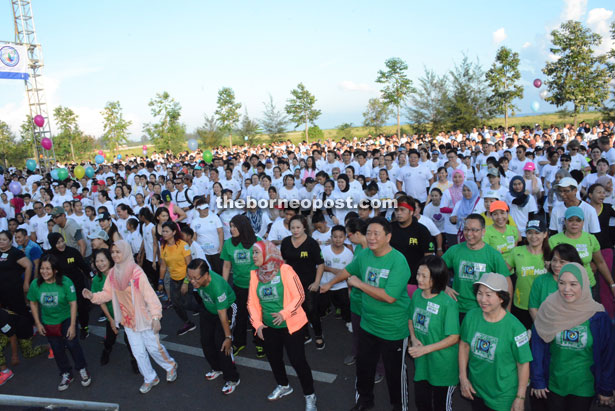 Jamilah (fifth right) joined by Lai (fourth right), Assistant Minister of Sports Datuk Lee Kim Shin (sixth right) and the crowd warming up before the start of the run at Marina ParkCity yesterday.

MIRI: This city created another historic milestone in the Malaysia Book of Records (MyBOR) when a total of 10,476 people took part in the ‘Reggaeton Workout Warm Up’ held at Marina ParkCity yesterday.

Participants from all walks of life taking part in both the 10km Miri City Day Run and 5km Fun Run gathered at Marina ParkCity from as early as 5am.

Various government agencies, non-governmental organisations and the private sector also sent their staff to participate in the event. 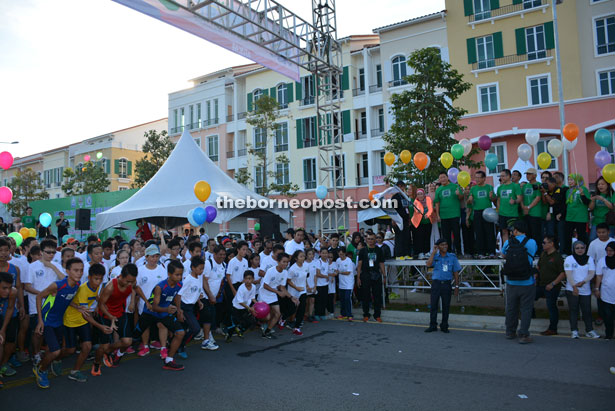 The event was held in conjunction with Miri City’s 10th anniversary.

Mayor Lawrence Lai said the event was a success as the organising committee only expected 10,000 people to take part.

“We were actually surprised that we exceeded the target and managed to create a new record in the Malaysia Book of Records today.

“As mayor, I am happy that Mirians and the non-governmental organisations here are able to work closely with each other especially in organising an event like this,” he said, adding that the Miri City Day Run was the city’s 14th record in MyBOR. 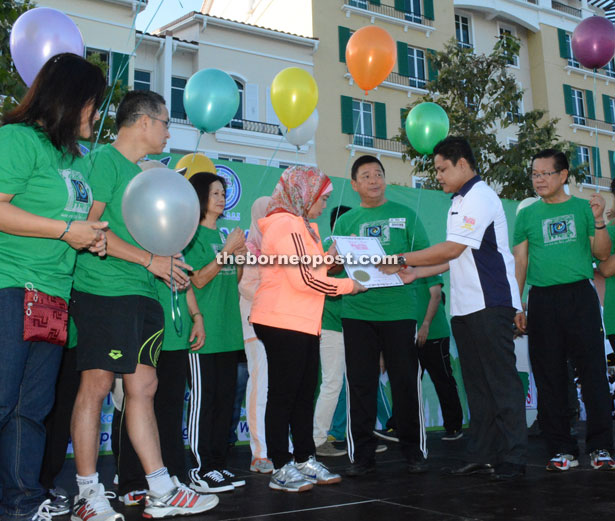 Jamilah (fourth right) receiving the Malaysia Book of Records (MyBOR) certificate for the largest number of participants taking part in the ‘Reggaeton Workout Warm Up’ from a representative of MyBOR as others look on.

Lai added that the event would not have been a success without the generosity of corporate sponsors.

“We are blessed to have these corporate sponsors here who are always willing to help the city council in realising our activities and events,” he said.

He further said the event would be carried out annually.

He also said the city council planned to organise its first international marathon in the near future.