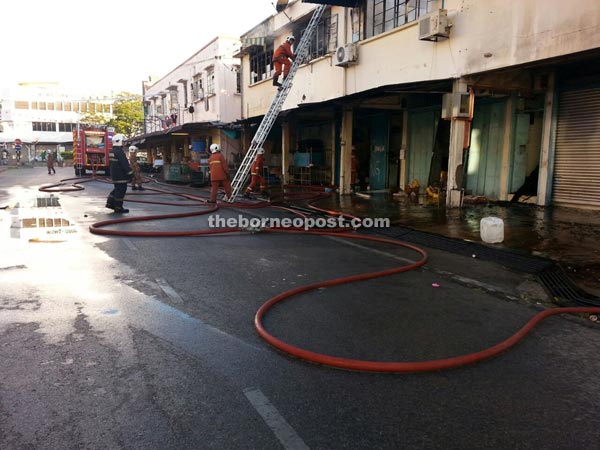 Firemen inspecting the scene after the fire. 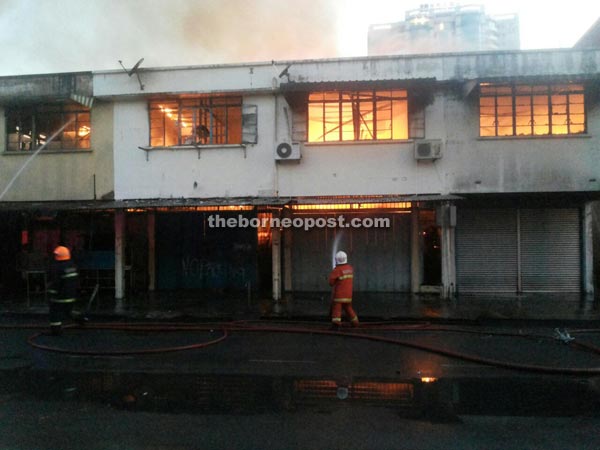 The intense fire is seen engulfing four units of the double-storey building in Jalan Haji Lampam.

MIRI: Four units of a double-storey building were razed in a dawn blaze at Jalan Haji Lampam here on Monday.

The flames spread so fast that four units of the double-storey building, housing stock of grocery items of a supermarket and several rental rooms, were gutted, leaving six people homeless.

Fortunately, no casualties or injuries were reported in the 4.45am incident, as the tenants of the rented rooms managed to escape in time when they spotted plumes of smoke that morning.

Two fire engines with 21 firemen from both Lopeng and Miri fire stations were mobilised to the scene after receiving a distress call around 4.52am.

The cause of fire has yet to be ascertained.

Firemen managed to put the fire under control at about 6.20am.