Thursday, January 20
You are at:Home»News»Sarawak»SFC says no monster croc from Sungai Liku 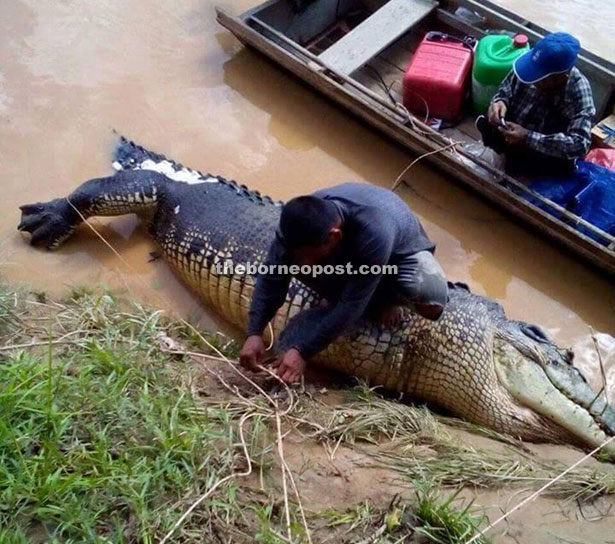 SFC Miri says the story of a monster croc caught in Sungai Liku is untrue as the pictures circulated could be taken outside Sarawak.

Pictures and report on the reptile – supposedly caught by SFC and Malaysian Civil Defence Department in Lambir – went viral in Facebook and social media.

“The circulation of those pictures was detected on Wednesday and since then I have received many calls asking about it, but an investigation revealed not a single shred of evidence that the crocodile was caught in Sungai Liku or anywhere else in Miri Division,” said SFC regional chief Abang Arabi Abang Aimran. SFC has not carried out any culling or relocation in the past fortnight.

The last operation was in Sungai Teniku in Lambir involving the relocation of a 300 kg crocodile sent to Miri Crocodile Farm in Kuala Baram two weeks ago. 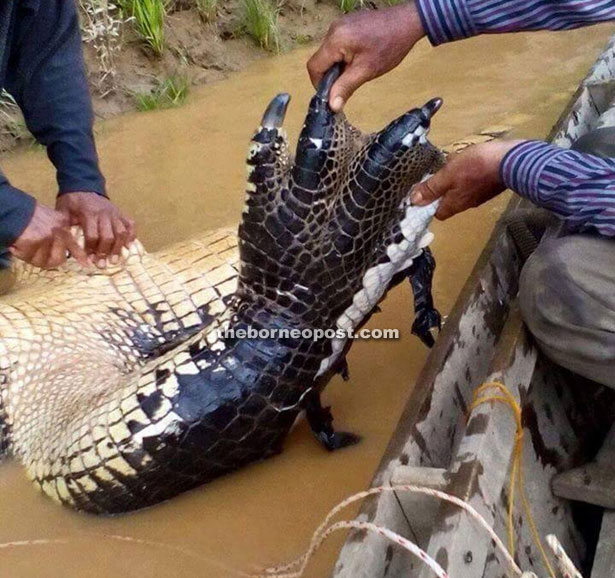 The news shocked Mirians and the sheer size of the crocodile drew incredulous response as Sungai Liku is a relative small river from where Laku sourced its raw water, which is pumped and transferred from Bakong River in Buri.

A Chinese paper reported yesterday that the 16-and-a-half foot long crocodile was still alive after it was captured by SFC at Sungai Liku last Saturday.

But it was later found that the reptile could have been dead for over a week.

Moreover the individuals in the picture could not be identified.

Abang Arabi said investigation revealed that the picture was probably taken outside Sarawak, and SFC will probe the owner of the Facebook which downloaded the picture to spread it around without verifying the facts.

“I hope people along Sungai Liku will not panic and believe the pictures and report,” he added. 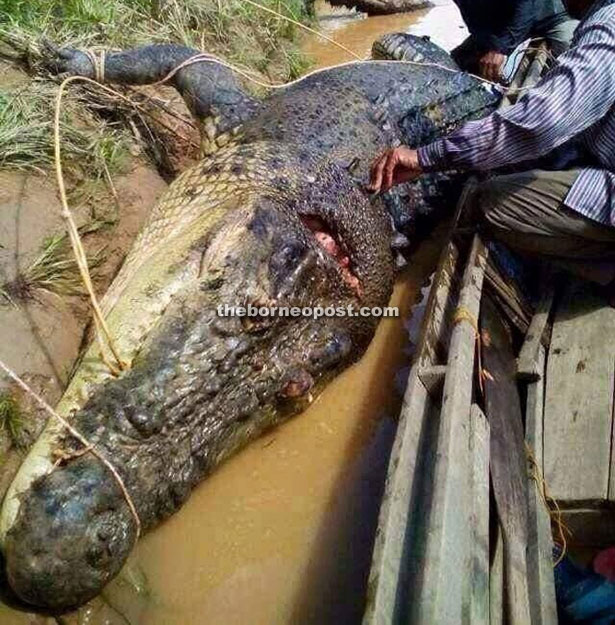 This incident might have been wrongly linked to unrelated pictures which went viral.

Utusan Borneo contacted crocodile farm owner Kapitan Chai Kuen Ming who confirmed that the crocodile sent there looked different from the one circulated in social media.

“No, it’s not the same croc as the one sent to our farm by SFC two weeks ago is still alive without any head injuries while the pictures showed a carcass with a cut,” he said.