Sunday, July 12
You are at:Home»World»Iraqi forces ‘failed to fight’ in Ramadi: Pentagon chief 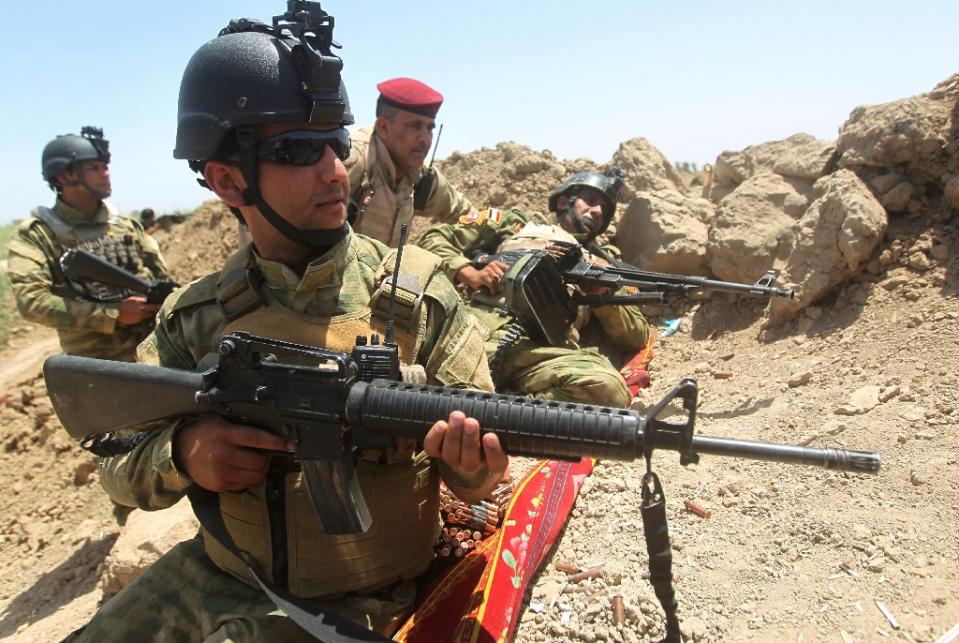 Iraqi soldiers fire towards Islamic State group positions in the Garma district of Anbar province on May 19, 2015 (AFP Photo/Ahmad al-Rubaye)

WASHINGTON: Pentagon chief Ashton Carter said Sunday that Iraqi forces “failed to fight” in Ramadi, which has fallen to Islamic State militants, adding the troops lacked the will to defend themselves.

IS jihadists took control of the strategic city, the capital of Anbar province, a week ago, in Baghdad’s worst defeat in almost a year.

Carter said the city fell to the militants because Iraqi forces — despite strength in numbers — were not mentally ready for battle.

“What apparently happened was the Iraqi forces showed no will to fight. They were not outnumbered, and they vastly outnumbered the opposing force, and they failed to fight and withdrew from the site,” Carter told CNN.

“That says to me, and I think to most of us, that we have an issue with the will of the Iraqis to fight ISIL and defend themselves,” he said, using an alternative name for the group.

In the wake of Ramadi’s capture, US officials announced that 2,000 AT4 anti-tank weapons were on the way to Iraq to help Iraqi troops counter massive car bombs.

But Carter said training and equipping the army was of little use if the troops lacked the necessary morale.

But he said he remained optimistic that the situation could improve.

“If we give them training and equipment and support and some time, I hope they will develop the will to fight because only if they fight can ISIL remain defeated,” Carter said.

Iraqi forces on Saturday retook territory from the Islamic State group east of Ramadi, their first counterattack since the jihadists’ capture of the city.

Three days after taking Ramadi, the ancient Syrian city of Palmyra also fell to the IS militants, putting its archaeological treasures in peril and positioning IS for a possible drive on Damascus.

Despite the recent losses, Carter said the US-led air campaign against the group, which already controls large swathes of Iraq and Syria, is still working.

But he said the air campaign must be buttressed by Iraqi forces on the ground.

“Air strikes are effective but neither they, or really anything we do, can substitute for the Iraqi forces’ will to fight,” Carter said.

“They are the ones that have to beat ISIL and keep them beaten.”

Some have suggested that Washington put forward air controllers on the ground to help pinpoint air strike targets.

Carter said that decision had not been made, although he allowed that the strategy could change.

“If there comes a time when we need to change the kinds of support we are giving to the Iraqi forces, we’ll make that recommendation,” he said.

“Our efforts now are devoted to providing their ground forces with the equipment, the training and to try to encourage their will to fight so that our campaign enabling them can be successful.” -AFP