Wednesday, July 8
You are at:Home»News»Sarawak»UPP will be part of BN family — Branch chief 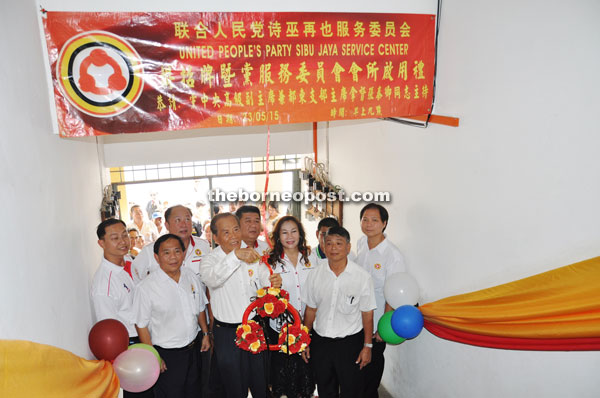 SIBU: UPP has once again assured supporters and members that the newly minted political party will become a part of the Barisan Nasional (BN) family.

Tiong, who is also Sibu Municipal Council chairman, also graced the opening of the centre.

In his speech, he claimed that UPP had stayed close with BN and went well with Chief Minister Datuk Patinggi Tan Sri Adenan Satem.

He assured this augurs well for the future of the party in BN, adding UPP should not be taken lightly due to its political contributions.

“We shall become a part of BN family. We have confidence in our commitment and undertakings, and I call on public members to work with us and have the same confidence as we have.”

Tiong also called on party members to stay the course with the party’s central committee towards a common mission in Barisan Nasional.

He said because of their commitment, the party had been well received.

He hoped more residents in Sibu Jaya would join them to strengthen UPP in serving the people.