Sunday, July 12
You are at:Home»News»Sarawak»‘Dayaks must unite, improve their livelihood’ 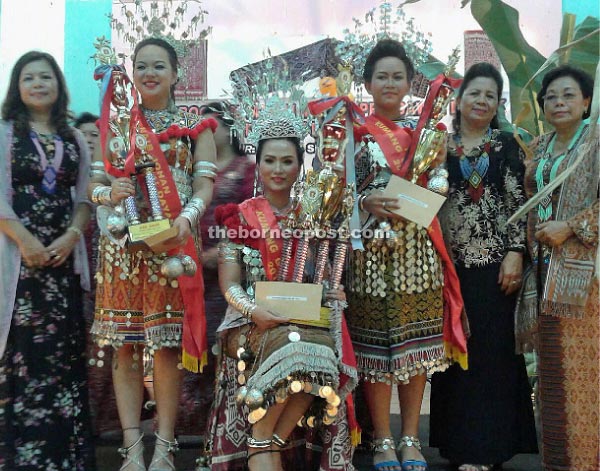 Sophia, (seated), flanked by Angelina (left) and Catherine Unti, with (from right) Catherine, Rowenna and Susan.

Assistant Land Development Minister Datuk Gramong Juna said the Dayaks were still weak economically, which was why the majority of them was still categorised as among the ‘Bottom 40’ (B4) in terms of income.

The group comprises an estimated 11.7 million, or 40 per cent, of Malaysians who have monthly household income below RM3,050.

“Dayaks must share common responsibilities to improve their livelihood. Do not blame anybody if their lives remained unchanged.

“Under the 11MP (11th Malaysia Plan), the prime minister (Datuk Seri Najib Tun Razak) emphasises the importance of education as well as technical and vocational training to produce skilled labour force, because those with technical skills can earn good income.

“For us to progress, our youths must know how to identify opportunities and follow the policies of the government,” Gramong said when officiating at a pre-Gawai Dayak celebration at Kanowit District’s Office hall here recently.

Gramong said he had been asking the Dayaks for years on how they had fared, in terms of the progress that the government had wanted for them.

“Where do we stand now in term of our economy?”

Gramong also made a fresh call to the Dayaks to not waste time fighting among themselves over petty matters.

She walked away with RM800 and a tiara.