Friday, August 12
You are at:Home»News»Sarawak»Kuching picked as model city of national unity 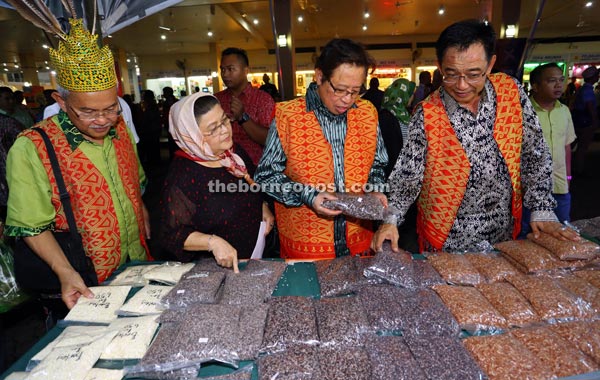 KUCHING: Kuching has been selected as a model city for promoting national unity.

“After some research, they decided that Kuching is a model city for promoting unity among people of different races and religions. This is an acknowledgement that Sarawak is a state that has a clear direction to unity,” he told reporters after launching the Gawai Festival and Bazaar at Kubah Ria on Monday.

“Our chief minister has agreed to such acknowledgement and has set up a state committee in charge of activities relating to promoting unity. As the organising chairman of this committee, I am tasked to organise activities that celebrate our unity, involving people from all walks of life, with cooperation from local councils namely DBKU (Kuching North City Commission) and MBKS (Kuching South City Council). Hopefully we will launch the celebration in August.”

Meanwhile, Abang Johari said the Gawai Bazaar is the first of its kind at Kubah Ria.

“We want to emulate other bazaars held during festivals like Chinese New Year and Hari Raya. Those bazaars are not only for those celebrating the festivals but for all others who want to buy food or gifts for themselves or their friends.

“If this turns out to be a successful event, we will include it in our tourism calendar of events. We want to share with the locals as well as with tourists about the Gawai Festival by promoting the festival through the food, clothes and items used during Gawai,” he said.

Abang Johari said similar bazaars may be held in other areas too, adding that they would promote unity and harmony.

“Not only can this encourage our youths to take part in small businesses, it can encourage appreciation for the various cultures and traditions in this state.

“Our future is bright if everyone in the society mingles together and understands each others’ cultures. City youths, in particular, need such exposure of sharing festivals with one another if we want to promote unity among the people,” he said.

The Gawai Bazaar will run until Saturday (May 30).

Jointly organised by the Ministry of Tourism and SEDC, there are 56 stalls selling various local food items and other products.

There will also be events such as music performances and karaoke competitions during the week.