Wednesday, January 26
You are at:Home»News»Sarawak»Rayong: UPP thankful to Najib for his support 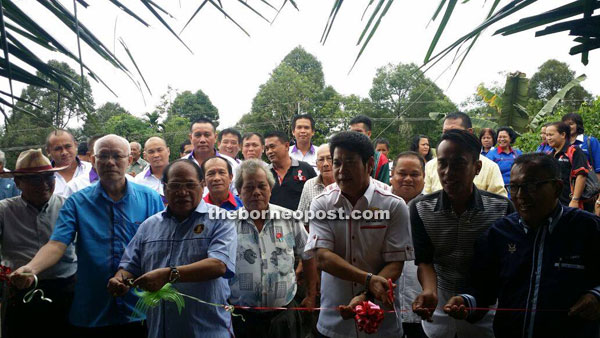 Datuk Seri Najib Tun Razak gave his support for UPP and Parti Tenaga Rakyat Sarawak (Teras) during the ‘Sarawak for Najib’ rally at Stadium Perpaduan on Thursday. Rayong told The Borneo Post yesterday that UPP and Teras subscribed to the BN’s principles at state and federal levels, and thus it was proper that both parties be part of the ruling coalition.

Rayong said since the issue of whether UPP and Teras were part of the BN had been addressed, he could now continue to focus on serving the people under the BN umbrella.

“I have always told my people in Engkilili to never doubt the status of UPP in BN. I am glad most of them did. They always see me as their BN representative in Engkilili,” he said, and called on those on the sidelines to support UPP. During his Gawai Dayak visits, Rayong urged all community leaders to help paint a positive image of the government.

“Their (leaders) job is to educate the people about what the government is doing to help them.”