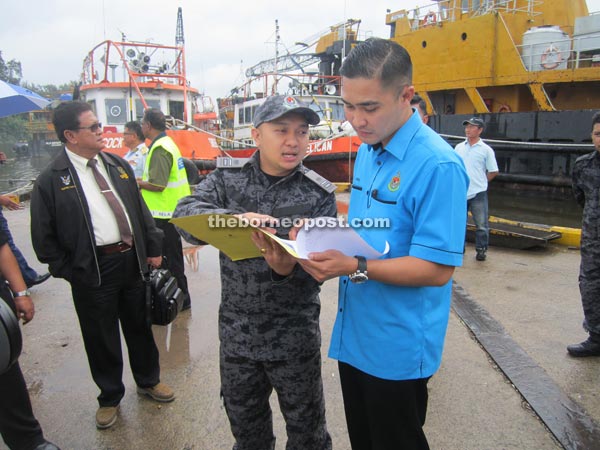 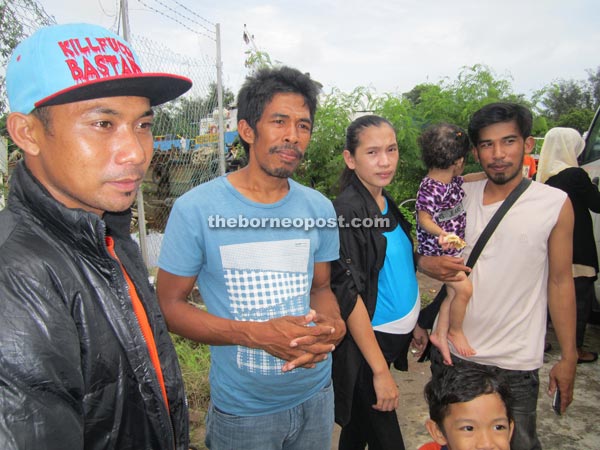 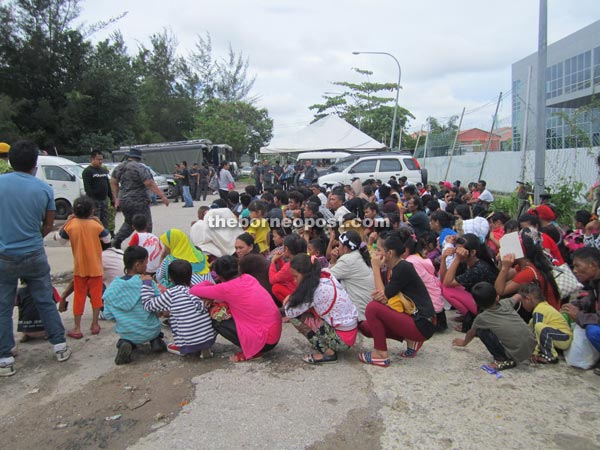 A section of the illegal immigrants wait at the PWD jetty in Piasau Industrial Estate before they board the boat to take them out to the sea.

Din Tadir, 35, who hails from Jolo and has been here since 2001, said his 14-member family are taking the opportunity to return home to celebrate Hari Raya there.

“We thank the Sarawak government and the Chief Minister for his concern not only towards his own people (Sarawakians) but also foreigners like us Suluks and Bajaus,” said Din who surrendered voluntarily at the Immigration Department a few days ago.

Din, who has been staying at Kampung Senadin in Miri said he first arrived in Sabah but sneaked in to find work in the state through Lawas.

He also brought along his wife and his younger brother to work as carpenters in Miri.

“We are happy because of the amnesty programme which allows us to surrender voluntarily and return to the Philippines.

Jurjima Jurhani, 27, from Tawi-Tawi, said he and eight other family members also surrendered voluntarily at the Immigration Department here.

He added that he came to Miri by plane from Lawas in 2013 and had been staying at Kampung Lereng Bukit.

“We thank the Chief Minister for his concern towards foreigners, allowing us to return home although we don’t know what awaits us in the Philippines.”

He said Sarawak offered a lot of work in the construction and housing sector for skilled and semi-skilled workers, especially those from the Philippines.

“Hopefully, we can come back legally in the next few years so that we can earn extra money for our families in Tawi-Tawi.”

Another illegal immigrant, Jerman Jurhani, said he and his wife, who is pregnant, and a young son, would be returning to their village in Zamboanga.

“Hopefully, we can reach our Berangay (hometown) in time for Ramadan and Raya.”

All together, 253 Suluks and Bajaus were deported in the first phase of the exercise by sea yesterday.

A Malaysian Royal Navy vessel – KD Wangsamaju – was waiting for them three miles out in the sea.