Saturday, August 15
You are at:Home»News»Sarawak»Shoals ‘fit to be Unesco World Heritage site’ 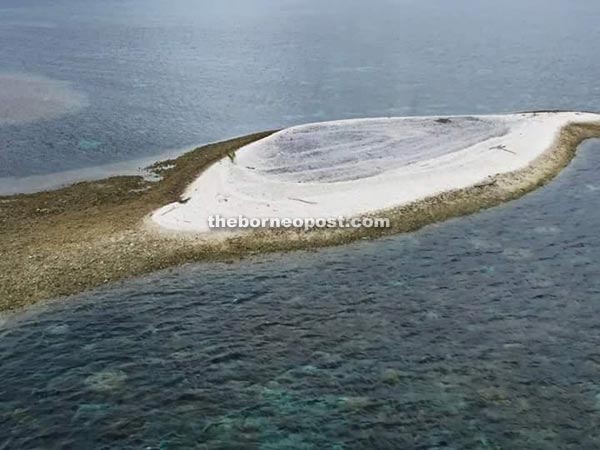 View of the floating coral at Luconia Shoals. 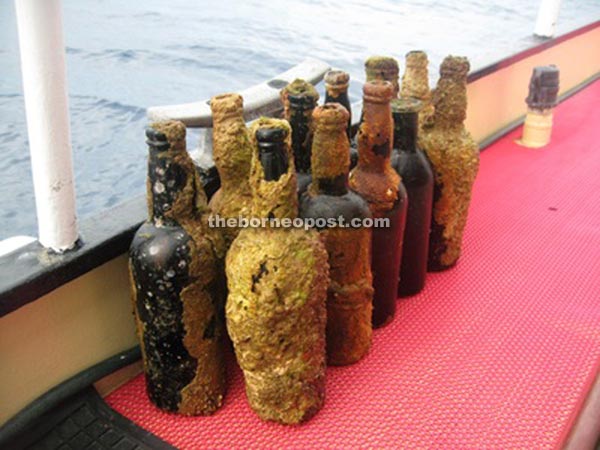 Some of the wine bottles salvaged from the ship. 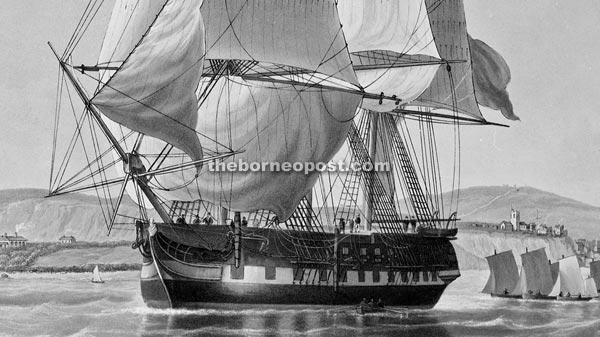 Artist’s illustration of the Viscount Melbourne. 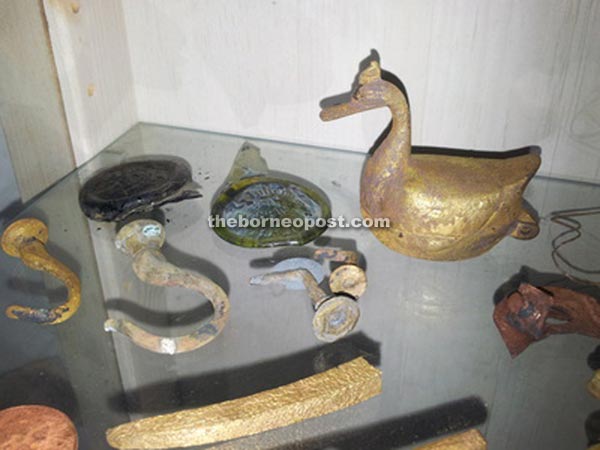 Some artefacts salvaged from the ship. 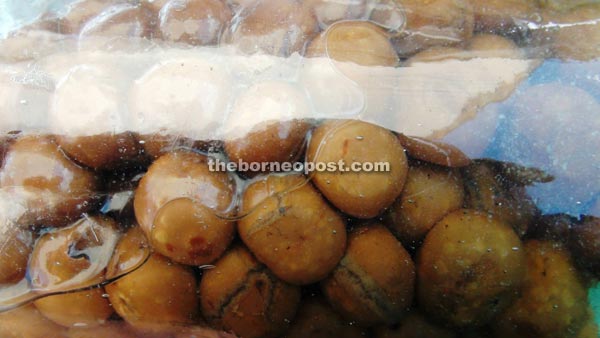 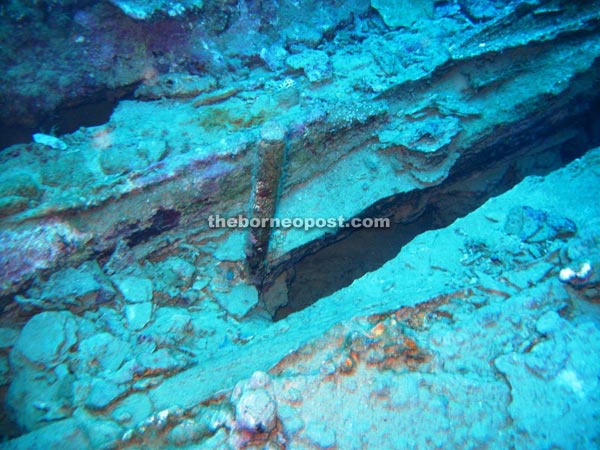 Large ‘nail’ in the centre of the deck. 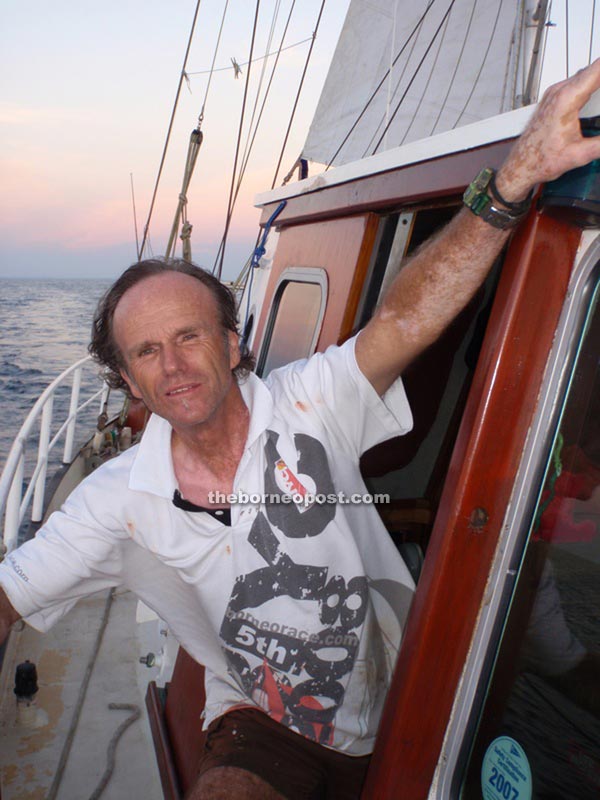 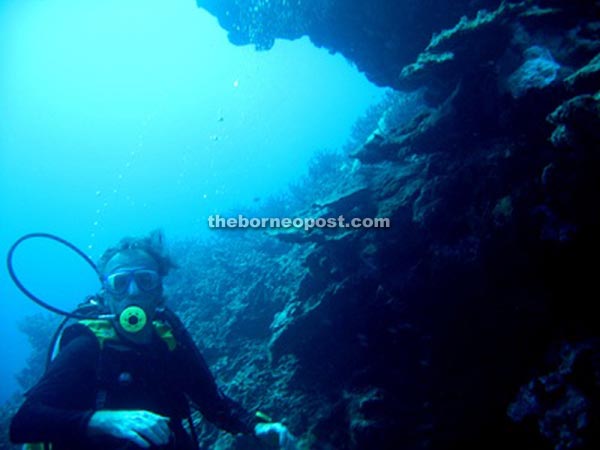 Hans during one of the excursions to the site. 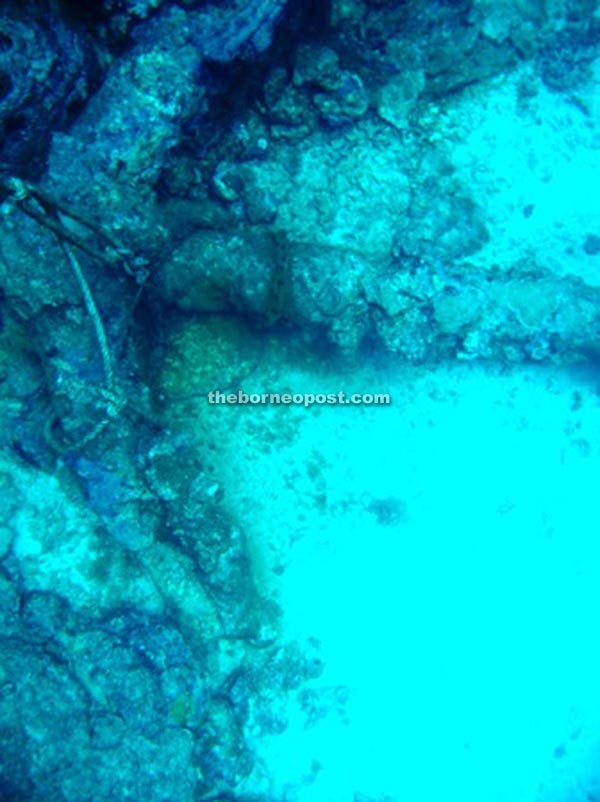 One of the anchors. 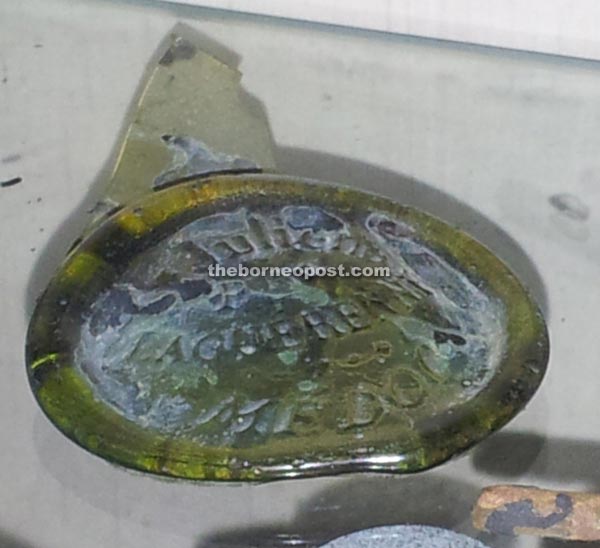 Complete glass seal from a wine that depicts ‘St. Julien Laguerennie’ of Medòc, a region of France.

MIRI: Luconia Shoals, which is a 10-hour boat ride from the city, is a world-class act for sports fishing enthusiasts and divers. It also boasts oil and gas, making the area a treasure trove.

But Luconia Shoals also has another attraction that would deem it fit to be listed as a Unesco World Heritage site.

Lying on the seabed of the largest reef complex in the South China Sea is a British cargo vessel – Viscount Melbourne – that sank more than 150 years ago.

Amateur marine archaeologist Hans Berekoven, who discovered Viscount Melbourne in 2011, said getting the site of the shipwreck onto the Unesco World Heritage list would at least protect the Luconia Shoals.

“Not so much for its treasure, if one may ask of the shipwreck. Just cutleries and bottles of really well-aged wines that are no longer consumable among the wrecks found,” Berekoven told The Borneo Post when met at his vessel at Miri Marina Bay recently.

“However, the Malaysian government must first understand how important Luconia Shoals is to the country. By getting it listed, it would help protect the shoals, among others, from intruders.”

Voicing his concern over a recent encroachment of Luconia Shoals by a China Coast Guard vessel, Berekoven said the incident should be treated as a wake-up call of sorts.

“China is elbowing its way here. Despite the fact that Luconia Shoals lies within Malaysia’s Exclusive Economic Zone, it could still argue its right over the place, and I don’t know what will happen if no further action is taken.”

Berekoven added in this present situation, it was more appropriate to put a structure on the island and plant a Malaysian flag there.

In 1840, the 800-tonne British cargo vessel named after the then Prime Minister of England and measuring 150ft by 45ft was en route from London to Calcutta in India, China and Penang laden with cotton, rice and saltpetre. It docked in Singapore to pick up supplies and passengers, and there were more than 70 people on board.

However, three days after it left Singapore, the vessel was hit by a squall and left stranded on the coral reef of Luconia Shoals.

“Harry Thompson, one of the survivors, wrote that the ship had to be abandoned as the cotton bales it carried would expand when wet. Hence, the crew and passengers evacuated in boats and spent weeks at sea before reaching nearby Borneo.

“Initially, they made plans to stop there; however, their journey was fraught with dangers like encounters with pirates. So, they set their eye for Singapore.

“The Viscount Melbourne was broken into halves, and the back part remained on the reef for at least a year before it was carried further down by the current. The front part of the ship was never found.”

Even though newspapers in the region reported the incident, Berekoven said interest in the vessel eventually faded as it carried nothing of value.

In 1950, The Straits Times published a series of articles ‘A perilous sea voyage’ on the survivors’ struggle to reach Borneo, which gave Berekoven the key to finding the wreck.

He and his wife, Roz, discovered the wreck after reading `The Diaries of the White Raj – Rajah Brooke – and followed it up with Internet searches that led to the ‘Silver Bowl’ that elaborated the journey of a women named Mrs Dare on board with a baby and a two-year old boy and what they went through in the open waters.

“Thereafter, onto the National Library of Singapore for five days of further research where we then discovered the full account from the ship’s apprentice navigator Harry Thompson.

“By tracing the route backwards, we found the wreck within 25 minutes of dropping anchor at the depth of 40m underwater. It was incredible what we found of the wrecks,” said Roz.

Since then, said Roz, the couple had revisited the wreck several times, each time salvaging the small artefacts such as bottles of preserved fruits, bronze-made items and silver spoons.

“Each time, we could only spend about several minutes before resurfacing due to bad weather and other limitations. We need better equipment,” she said as a matter-of-factly.

Documentation of History and Artefacts

According to Roz, uncovering the artefacts was an incredible way to learn the history, knowledge of trade and human civilization during the time.

“For instance, the wine bottle seals emblazoned ‘St Julien Laguerennie’ from Medòc, a region of France, that we found were cleaned and recorded before posted on a social page – especially dedicated for Viscount Melbourne .. (They) had received overwhelming response from people all over the world.

“We were told that the wine at the time were highly valuable. There are some who even invited us to look for the vineyard. This is absolutely incredible because it wasn’t just about us or Malaysians; everyone from all around the world wants to learn about it too,” she said in delight.

“We are in the midst of discussion of setting up a proper maritime museum here, which Yaw intends to set up, and we are more than thrilled to work together so that all these artefacts from the ship could be displayed for the people’s knowledge.

Hans, on the other hand, added that the Sarawak Museum in Kuching had extended their stay here for another couple of years to focus on the project.

Roz has also set up a website www.maritimemysteries.org to document the progress as well as other projects they were currently working on.