Sunday, October 17
You are at:Home»News»Sarawak»Thrill is gone, state museum stuck in time — Public 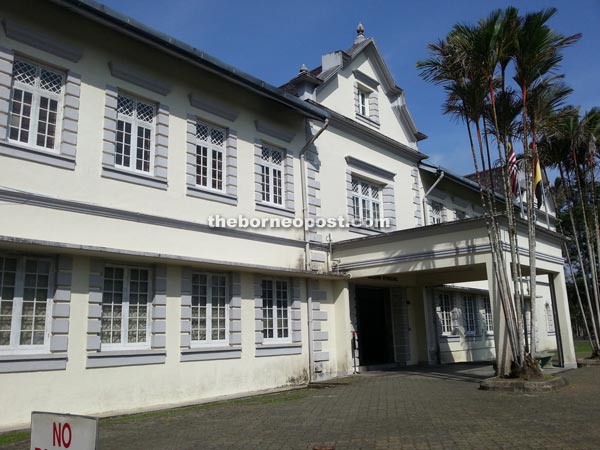 One of the imposing buildings at the present-day Sarawak Museum.

KUCHING: Members of the public are calling upon the State Museum Department to diversify its exhibits and to hold frequent theme exhibitions to elevate itself to world class.

According to 30-year-old research officer Frankie Lanying, the exhibits shown in the museum have seen no additions “since time immemorial”.

“This somewhat dampens the spirit to visit it as what you see has been there for years,” Frankie told The Borneo Post recently.

The Sarawak Museum, being Borneo’s oldest museum, should look into allocating a curator to be present and interacting with visitors at all times, he lamented.

“Personally, I feel that in the technology and Internet era, the Sarawak Museum should be more interactive. For example to have audio narration, visual aids and other necessary things to further enhance the understanding of the exhibits,” he stressed.

Pointing to the fact that being a museum does not mean it cannot incorporate technology, Frankie also suggested that the museum mounts exhibitions with themes on a monthly or quarterly basis.

“There are more things that interest us apart from things of the past. For example, stories during the Rajah Brooke era, or for an example a dedicated exhibition on the history of film or movies in Sarawak,” he said, adding that the gloomy and dark corridors of the museum would not set the right mood.

When informed on on-going upgrading works in the museum, Frankie keeps faith in the hope that the Sarawak Museum will aspire to be a world class institution and draw the interest of not just foreigners but also the locals.

For a professional conference organiser of Planet Conventions & Events Sdn Bhd, Mona Abdul Manap, the gloomy lighting is not conducive for visitors to look at labels of the exhibits.

“For me, exhibits shown now are fine, but we need to educate people that a museum is not just for prehistoric relics. More ‘artsy’ staff from the locals should also be given due recognition,” she said.

“A good example is The Lourve in Paris, where it has a dedicated section for Leonardo Da Vinci,” she added.

On the upgrade of Sarawak Museum, Mona expressed hope that the structure will be more spacious and use natural lighting to give a more inviting feel to visitors.

For 34-year-old businessman Abdul Hadi Rashid, Sarawak should not identify and limit itself to just ‘being in Borneo’.

“Out of respect to the local customs and culture, I strongly feel that we have the lost years which should be given due attention too. We need to identify ourselves as a creative lot and not to always give the impression that Sarawak is just a place of rainforest, crocodiles and where people used to go head-hunting,” said Hadi.

He said the Sarawak Museum should look into the “lost years” of 1960s, 1970s and even the 1980s where there are exiting relics from the era that can be exhibited.

“History is progressing and even yesterday is history. We should keep that in mind too. What I have in mind, if you want to talk about relics or exhibits, take for example transport. There are many collectors of vintage vehicles in Kuching such as motorbikes, Vespa (scooters) and cars. Why not work together with these collectors to hold exhibitions?” he suggested.

The state government has assigned contractors for the construction of the Sarawak Museum Campus and Heritage Trail Project worth RM308 million.

The project comprises the design, construction, fitting out an exhibitory space for a new world class museum and an annex building with a combined total floor space of approximately 30,000m.