Sunday, February 23
You are at:Home»News»Sarawak»Sarikei the pineapple town where food is cheap 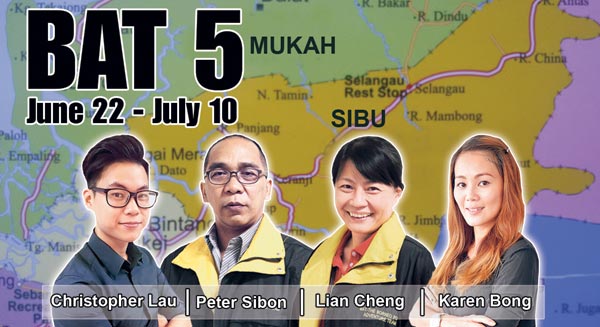 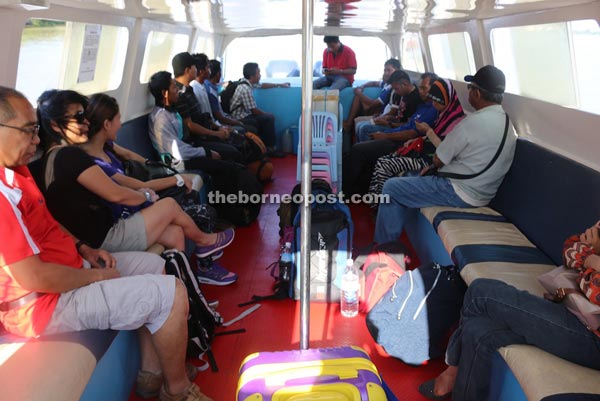 No life jacket can be found on the speedboat plying between Tanjung Manis and Sarikei. 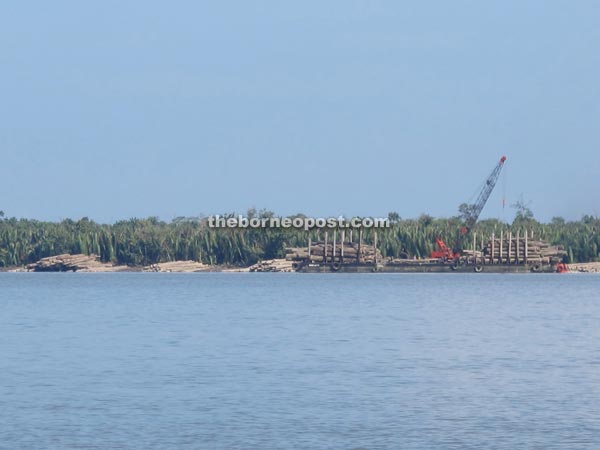 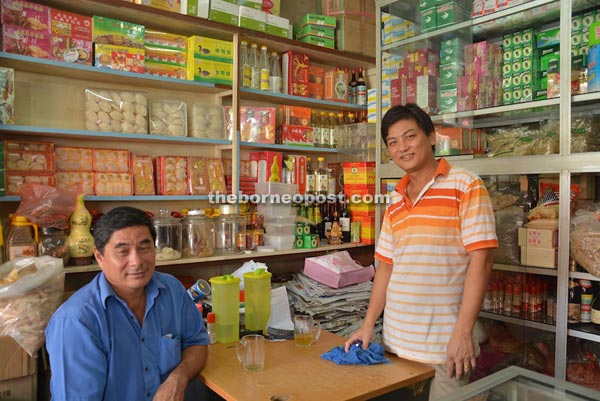 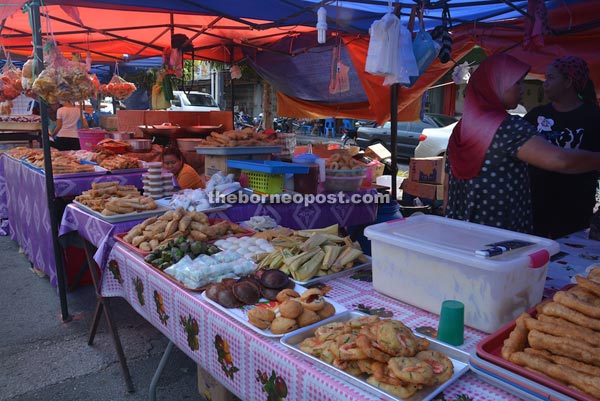 The assortment of local cakes spread on a table at the Ramadan bazaar and (below) colourful iced drinks packed for sales at one of the Ramadan stalls. 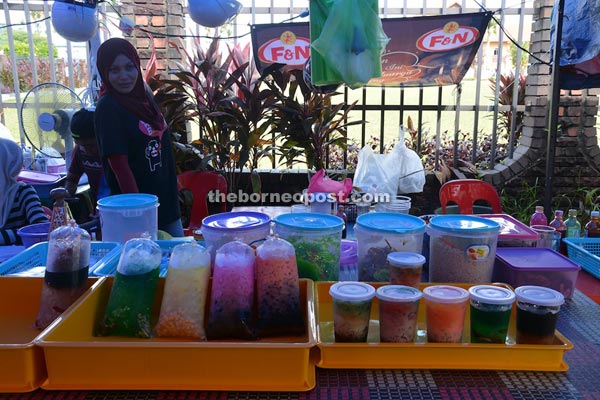 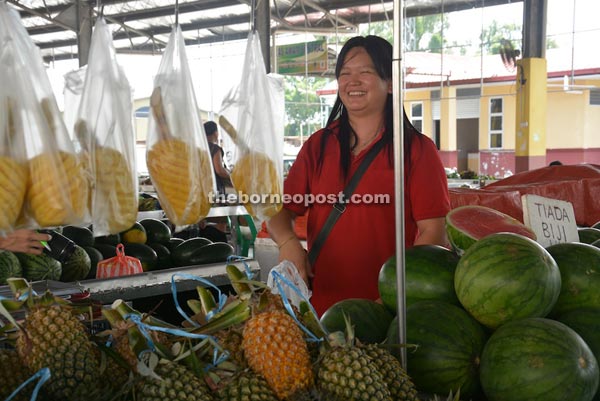 Wong operating her fruit stall at the Central Market. It sells the famous Sarikei’s pineapple produced from her farm.

THE streets of Tanjung Manis burst into life after the usual quiet night at the crack of dawn with the chirping of swiftlets rousing the BAT team from their sleep.

Despite our early wake-up call by the birds, we had to rush and had just enough time to gulp down our drinks as a speedboat was about to depart for our next destination – Sarikei.

Under Sarawak’s River Board regulations, one speed boat is only allowed to carry a maximum of 12 passengers but there were 20 of us on that trip.

Surprisingly despite carrying more than the permitted number of passengers, there was plenty of room onboard.

The boat took only 30 minutes along the mighty Rajang with its nipah palm lined banks to reach Sarikei.

Having missed our breakfast in Tanjung Manis, the first thing we did after checking into a hotel was to eat.

The food and the portion were good and Sarikei could be the town with the cheapest food in the state.

Our lunch of mixed meat with rice (large portion) for each came with a small plate of vegetable to share and four home-cooked bean drinks – barley, green bean and red bean – costing only RM24.

Earlier on, we tried the kolo wanton and meehoon soup for only RM2.50 per bowl.

The Ramadan bazaar located in the centre of town started rather early as well as the vendors began preparing for business at around 2pm.

The stretches of stalls lining the bazaar were exciting as vendors offered a delightful and colourful array of food, drinks and desserts.

We also made a stopover at the Central Market with its many fruit stalls and among the fruits on display the local pineapple took centre stage.

At the central market, we met Wong Chieng Huan, a 36-year-old grocer who sells all sorts of fruits.

Wong owns an 11-acre pineapple farm at Sungai Bukit Huang and has been planting pineapples for two generations.

Farming is hard work and it is getting harder and her farm has dwindled in size, Wong grumbled.

“We have to look out for monkeys who steal not one or two pineapples but dozens!” she said.

She added that when her father was farming the whole 11 acres they could harvest thousands of pineapples every week.

Now, most of the land is left fallow as only 5 acres are used for planting because her children are not interested in farming.

According to her, the major harvest is normally in June while the lowest yield was in September.

Apart from pineapple, Chinese herbs and gold are also much cheaper here.

We were strolling around Sarikei town when we came across a Chinese herb shop named Wan Hock Hong.

The shop is owned by 46-year-old Wong Pik Luk who has been in the business for over 20 years.

“I would say the Chinese herbs here are eight to 10 per cent cheaper than in other districts of Sarawak,” said Pik Luk.

He said one of the main reasons for the lower price was the lower cost of rental.

According to him, many people from Sibu, Kuching, Miri and Bintulu come down to Sarikei just to buy Chinese herbs.

Wan Hock Hong and other herb stores in Sarikei sell a variety of herbs ranging from ginseng to pearl powder but the most popular herb sold here is ‘Ba Zhen’.

Pik Luk also assured that all the herbs sold in Sarikei were genuine mostly imported from China.

According to acquaintances from Sibu and Kuching, the gold is priced at RM145 and RM155 for each gramme of 916 gold and 999 gold respectively.

Sarikei has progressed over the last 15 years but there is still great potential for more development.

With the fertile soil in its surrounding area, the town has been earmarked to be the centre of the state’s food basket.