Friday, July 10
You are at:Home»News»Nation»‘Govt has to pay RM1.08b in compensation if no toll hike’ 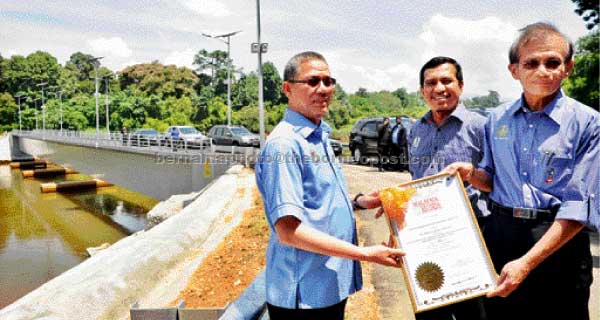 GERIK: The government is expected to pay RM1.08 billion in compensation to 23 concessionary companies involving 30 highways nationwide if there is no increase in toll rates, said Works Minister Datuk Seri Fadillah Yusof.

He said the government was compelled to pay a compensation of RM580 million at present if the toll rates were not raised.

“Imagine if the toll rates are increased, this money (compensation) can be used for other purposes such as building roads, schools and hospitals that still require development.

“Can the government afford to pay compensation? That must be taken into consideration. If we allow a toll hike, we also need to take into account the interests of the people who do not want it to be implemented,” he said.

He said this after officiating the East-West Road Monument in Gerik-Jeli, Kelantan here yesterday.

Fadillah said the toll rates had not been increased since 2008 and the concessionary companies had proposed that the hike in toll payment be reviewed.

He said these concessionary companies were eligible to request for an increase in toll rates which needed to be reviewed every three years, five years or seven years.

However he said many factors must be taken into consideration before any increase in toll rates were approved to ensure they did not burden the people.

The move would also involved the interest of many parties, including investors and loan providers as it would also have an impact on investors’ confidence. — Bernama