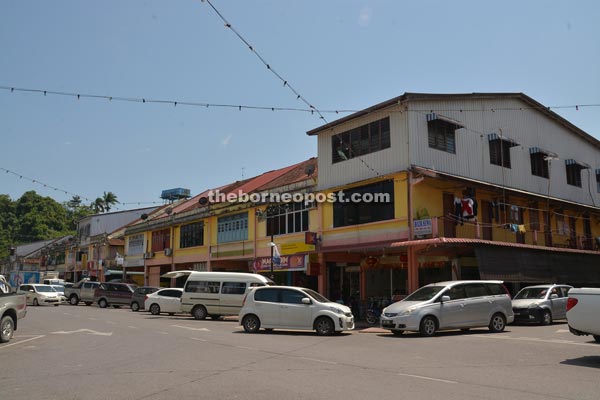 Kanowit – a quaint town with a name that has colourful origins. 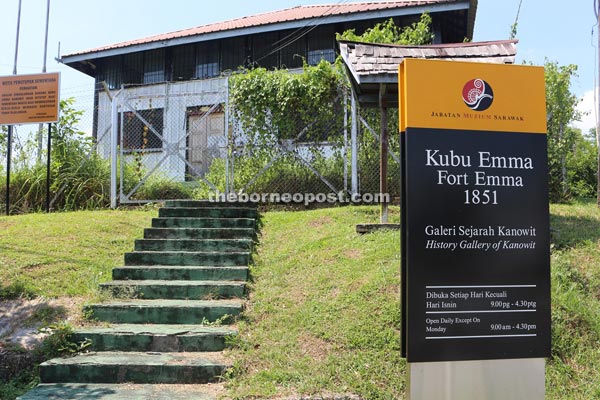 Fort Emma built in 1859 by Rajah James Brooke. It was named after Emma Brooke, sister of Rajah Charles Brooke. 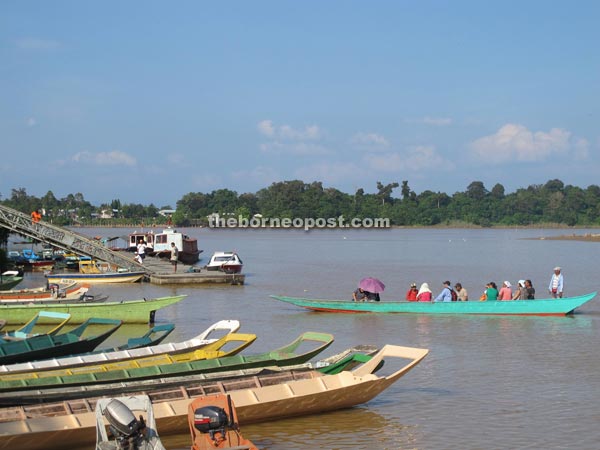 A longboat plying the river. 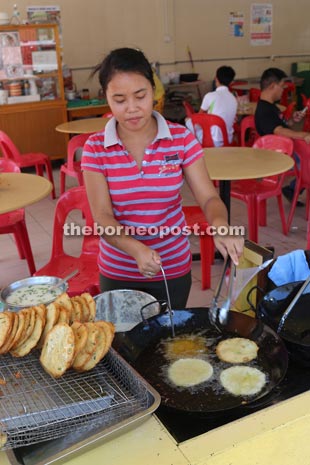 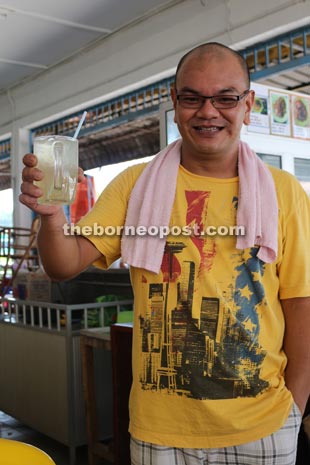 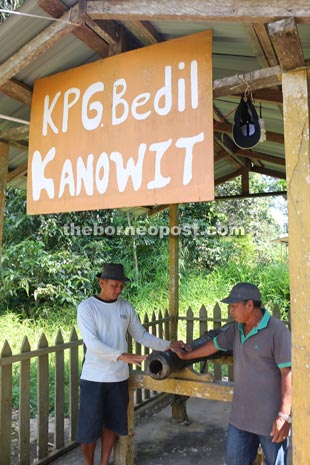 Lalip Sagon (left) and Geeman showing the cannon presented to the village by the Brookes. 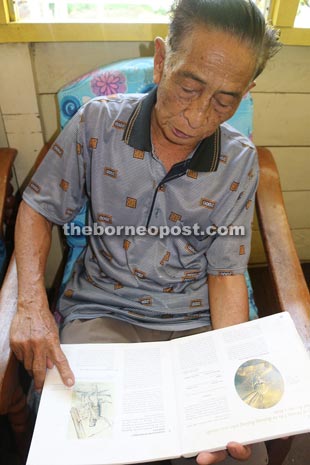 Lenya relating the story of Sawing. 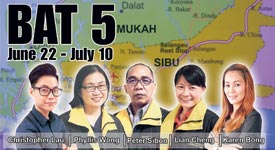 IT is certainly a liveable town – one by the name of Kanowit, the capital of a district with the same name.

Hardware shopowner Sung Jing Jing, 40, recollected: “The town is called Kanowit because when the Brookes first arrived here, they said the place ‘can-not-live’.”

So from ‘can-not-live’, the name ‘Ka-no-wit’ was derived – or so it is believed. Anyway, that’s the local Chinese community’s version on how the town got its name.

Though amused, we from the BAT 5 team were eager to verify and confirm our own research – that the town takes its name from the language of the ethnic group of Melanau called Rajang who speak Kanowit.

So to prove our point, we made a trip to Kampung Bedil, a 10-minute longboat ride further upriver from Kanowit town. It is the original settlement of the Rajang community.

We were taken somewhat aback by his claim: “The Rejang River was named after our race.”

As if that was not enough to expose our inadequate grasp of local history, Lenya added: “Kanowit River was named after our language.”

Lenya is the fourth generation of Sawing, a Kanowit warrior, revered as hero for his struggle against Brooke rule.

Sawing and his people took the life of Brooke officials – Charles Fox and Henry Steele – during attacks he launched against the Rajah’s forces.

In the later years after Sawing surrendered and was executed, Rajah Charles Brooke sent a cannon to the village as a sign of goodwill and friendship between his government and the local people.

Kampung Bedil – or literally the ‘Cannon Village’ – presently has 40 houses with a population of about 200.

When we asked whether the language Kanowit is doomed to extinction, Lenya said: “We are part of the Melanau race. Rajang shall continue to exist, so shall our language continue to be used.”

Earlier in the morning, the
BAT 5 team were set to make a river trip from Sibu to Kanowit, but had to find alternative transport after seeing that the express boats
plying between Sibu, Song and Kapit did not stop at Kanowit.

So the next best thing under the circumstances, was to opt for a road trip, crossing the Durin Bridge on the way.

Just at the outskirts of Kanowit town, along Jalan Penyulau, a small yet vibrant Chinese primary school caught our eyes.

Out of curiosity, we decided to make a short visit to SJKC Chih Mong and were warmly welcomed on arrival by the first vice headmaster cikgu Chin Lei Ping.

“We have 54 students here, including those from the kindergarten who are mostly Ibans,” said Chin, who has been teaching in the school for five years now.

“The Iban students are from nearby longhouses and they do learn Chinese here,” Chin added during a short interview.
She told us the teachers were trying their best to educate the Iban students who had difficulties learning Chinese since they would only be exposed to the language in school.

It is definitely a good thing to learn an extra language. After all, that’s what Satu Malaysia is all about. To unify our multi-racial country, we not only have to respect but also learn the cultures

of the other communities.

“They are the parents of the students,” Chin enthused.

She told us the parents were helping to spruce up the school for a state competition.

Being away from the buzzing city life, parents could actually spend more time playing a crucial role in nurturing their children, and carrying out “gotong royong” projects to improve the school.

Where we had lunch, we met 23-year-old Eileen Audrey, a Rajang girl from KampungBedil.

It would appear not only the native students in SJK (C) Chih Mong learned Mandarin since we had a great time conversing with Eileen in that language.

“The Kanowit language sounds like the Melanau’s but it’s not quite the same,” she explained when we asked about the difference between the two.

We took a stroll along Kanowit streets after lunch. And the locals were soon to find out that some journalists were in town to trace the origin of the name “Kanowit.”

“So you want to know how the name Kanowit came about? The Brooke officials came here and they can-not-wait — so as time went by, it became “ka-na-wit.”

That was the humorous and innovative Chua Kie Soon put it.

On this warm day, the 32-year-old kopi tiam owner was kind enough to invite us for a short tea break.He was eager to show us his specialty.

“Nah, this is our speciality — GST,” he quipped while serving us cold drinks.

“GS-tea is tea –no worries. But it represents the sorrows of the people who are paying GST. The GS-tea has eight kinds of sour fruits,” he siad.

Chua is proud of his invention, at the same time lamenting the heavy burden of the people since the introduction of Goods and Services Tax.

“From car to housing loans, we need to cough up an extra six per cent. This sour drink represents the sorrows felt by the people,” he added.

Chua told us it was a coincidence that he finally perfected the sour concoction on the same day GST was implemented.

Indeed, the Bat V team can-not-wait to try the Kanowit red kampua mee (red dried noodles).We learned from our friend Authur Wee that after finishing the first bowl, you would definitely order a second bowl.

And that will be this morning (Saturday) before we leave for Ngemah!