Friday, June 25
You are at:Home»News»Sarawak»New hope for liver cancer patients 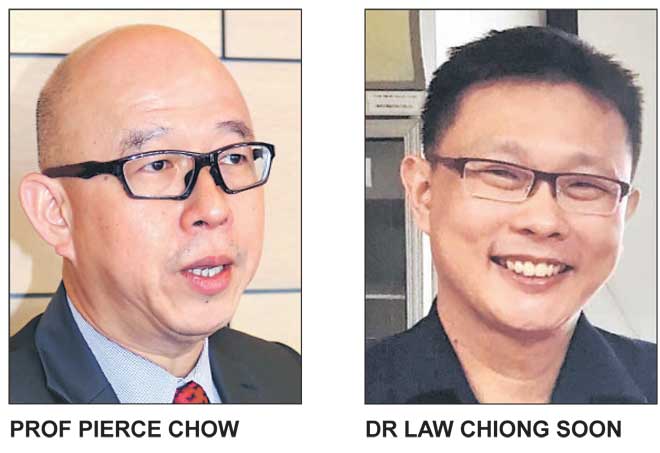 KUCHING: Sarawak General Hospital (SGH) has become the first public hospital under the Health Ministry (MOH) in the country to conduct a clinical trial on the ‘Yttrium-90 Resin Microspheres’ therapy for liver cancer patients.

The cutting-edge systemic oral chemotherapy was disclosed by Dr Law Chiong Soon, a nuclear medicine physician during an interview with thesundaypost here yesterday.

“SGH would be able to take in liver cancer patients for this trial soon,” said Dr Law.

The coordinator of the clinical trial is Prof Pierce Chow, who is senior consultant of the Surgical Oncology Division, National Cancer Centre Singapore. The visiting expert, who was assisting in the site initiation at SGH over the weekend, said two research studies were held concurrently in the world today – one in Asia-Pacific and another in Europe, namely France.

He also disclosed that SGH was one of 29 centres in the Asia-Pacific that had been selected to undertake this clinical trial.

So far, 320 patients have been admitted to undergo the trial which can only admit another maximum of 40 before the programme closes, hopefully by the end of this year.

Prof Chow said there had been many hurdles for Dr Law to overcome, but with his determination, Sarawak was able to get onboard.

“I am happy that SGH has made it for the trial, which will definitely benefit the people of Sarawak,” said Prof Chow, a former student of St Joseph’s School Kuching.

The main objective of the clinical trial is to compare the effectiveness between the two treatments for inoperable advanced localised liver cancer.

According to him, the clinical trial for liver cancer patients are currently using Sorafenib – an oral therapy – and Yttrium-90 Resin Microspheres, which is classified as a medical device that is injected into the cancerous tumour.

Both treatments could be applied for patients with inoperable advance localised cancer in BCLC Classification stages B and C.

“Little clinical research has been done to determine which of the two treatments is better,” said Prof Chow, adding that studies in the West have shown that Yttrium-90 Resin Microspheres to be more effective.

Prof Chow indicated that more studies would be required; hence, the ongoing clinical trial held across the Asia-Pacific.

“By the end of next year, we would receive the outcome of this clinical research – one that will contribute in deciding which therapy is more suitable for a particular patient,” he added.

Liver cancer showed no symptoms in the early stage and by the time there are symptoms, the disease tended to be in at least within BCLC Stage B or C.

There are specific high-risk groups for liver cancer but the disease could strike anyone.

The key risk group in Malaysia is the chronic Hepatitis B carriers. The most viable way to lower the risk of contracting liver cancer is thus, to undergo immunisation for Hepatitis B.

If one is already a carrier, then it is crucial to go for six-monthly surveillance with ultrasound as well as a blood test for the cancer marker Alfa-Feto protein.