Thursday, August 6
You are at:Home»Columns»How I See it»The Legal Owls 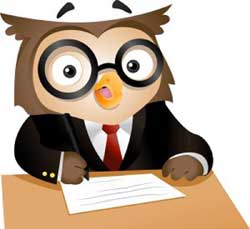 JASMINE and Oliver are two lucky law students from Sarawak who have made it to the Court of Appeal to witness senior lawyer Datuk Dr Cyrus Das making submission on constitutional law before three sitting learned judges.

For almost two hours, I joined the other lawyers and members of the public who packed the courtroom, listening vigilantly to every word of the 65-years old constitutional law expert.

He cited this and other principles of constitutional law interpretation, applied by our apex courts and those of the jurisdiction of other countries, without referring to his notes.

Courteously inviting the lawlords to refer to the learned High Court Judge’s decision in the Record of Appeal, citing the Longman Dictionary of Contemporary English and Concise Oxford English Dictionary in defining the word “effect” which he concurred, he produced pages of The Major Law Lexicon to further explain the meaning of “effect” as related and associated to a cause and hence the “result” or “impact” that the word “effect” must be read in the context of the objectives and that it must meet the twin test of “sufficient information” and “sufficient opportunity” for the purpose of public consultation.

Using decided cases to support his argument, he brought everybody to the UK House of Lords in 1948, explaining the decision in the Lollo’s case, and the thread of authoritative cases right up to the Supreme Court (formerly House of Lords) decision in October 2014 in R (Moseley) v Haringey LBC, before he concluded how right the learned Justice had judiciously enunciated the definition and meaning of the word “effect” 15 and 16 paragraphs later; linking section 4 to section 5 and section 2 of the Thirteenth Schedule of the Federal Constitution.

However this appeal may be decided, the Court of Appeal will surely in its landmark decision lay down authoritatively the principles to be applied in future cases, what it means by “effect of the proposed recommendation.”

Datuk Ambiga was as imposing, legally explicated what are the “detailed particulars” and the necessity to include them to show the “effects of the proposed recommendation.”

As she had led the campaign for clean and fair election for years and testified in special parliamentary select committee on electoral reforms, the senior counsel argued with clarity and conviction, prompting the Chair of the panel of judges to remark that “this is Ambiga the lawyer and Ambiga the Bersih chief.”

Jasmine wants to be like Datuk Ambiga. In UK, she learned about legal activism.

She said: “Datuk Ambiga is so passionate about the matters she argued and presented to the court. I think many people can argue in court but to argue well, one must have a keen interest and believe in the righteousness of the issue she is arguing for.”

I have no doubt that this determined young lady will be a good practising lawyer after she has completed her studies.

At the end of the hearing, I was most relieved, not only with the appeal being done to the best of everyone’s ability, I felt wholly vindicated, to bring in Datuk Cyrus and Datuk Ambiga to be our leading and co-counsels in the hearing of this civil appeal, its matter originating from the High Court in Sarawak.

In a unanimous decision, the lawlords in the Malaysian highest court ruled that Sarawak lawyers have a right to appear in the Court of Appeal and Federal Court in Putra Jaya in respect of matters arising in Sarawak but lawyers of Malaya are restricted from appearing in cases arising in Sarawak and Sabah even when such cases are heard in Malaya.

With the special rights enshrined in the Malaysia Act which was incorporated to form part of the Federal Constitution, this constitutional safeguard for the practicing lawyers in Sarawak are zealously guarded by all the lawyers and our Courts in Sarawak (similarly for Sabah).

Hence, it is in very rare circumstances that a lawyer from Malaya or a foreign country may be issued with an ad hoc practising licence and allowed to practise in a case originating in Sarawak.

The issue or matter must be novel and complex or difficult and cannot be handled by local counsels of considerable experience. In a recent case, the judge considered the constitutional rights of the litigant to a lawyer of his choice and the interest of justice of the case as against the constitutional safeguard and protection of practising lawyers in Sarawak.

In another decision, the judge held that the question on the facts in issue must also be of considerable public interest.

The list of special grounds to justify the granting of a temporary practising certificate cannot be exhaustive.

In this civil appeal, it was also special, besides the fact that numerous constitutional provisions are to be argued for the first time in our Court and the issues involved are complex – it is an appeal that the Election Commission filed a certificate of urgency seeking that the appeal be disposed expeditiously.

The civil appeal was immediately managed after the notice of appeal was given by the EC. The memorandum (grounds) of appeal had yet to be filed, neither was the record of appeal. But the appeal is scheduled to be heard in three weeks’ time.

It is also a special case where though the case originated in Sarawak, the matter and issues involved and the decision made thereby will impact not only Sarawak, but Sabah and the whole country.

Hence, the Advocates Association of Sarawak had decided that this is a rare and exceptional case that they do not object to our application to move the court to grant ad hoc practising licences to Datuk Dr Cyrus Das and Datuk Ambiga.

I am most pleased because our two young law students are inspired. The two senior lawyers have certainly shown to the young aspiring law students that the legal profession is, indeed, what they have studied, an honourable and respectable one.

After all, they knew that I did not pay either Datuk Cyrus or Datuk Ambiga a single sen, yet they have spent much time with us all, to prepare for the hearing.

I hope more of our younger generation will study law, not just because it is honourable and respectable to be a lawyer but because we need many Sarawakian Cyruses and Ambigas to safeguard the interests of our state and our people.