Sunday, February 5
You are at:Home»News»Sarawak»Let there be light
For the freshest news, join The Borneo Post's Telegram Channel and The Borneo Post on Newswav. 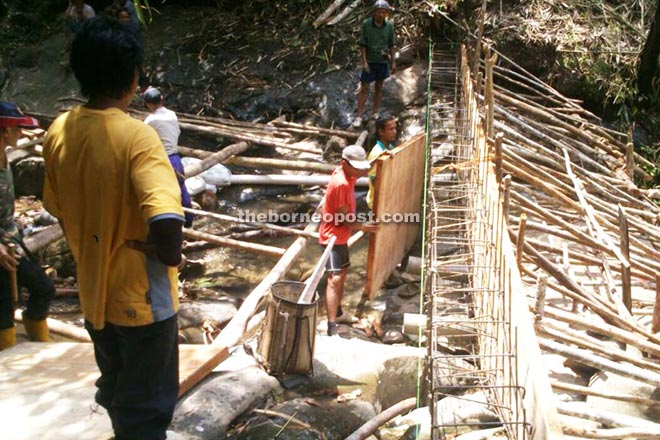 Villagers helping to construct the dam, which is now about 50 per cent complete. 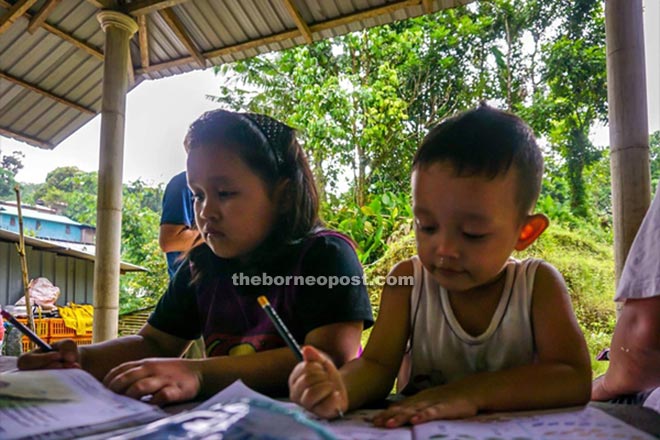 Children from Kampung Sapit rushing to finish their homework before nightfall. — Photo courtesy of University of Nottingham

KUCHING: Kampung Sapit is an isolated village sitting some 400 metres above sea level in Ulu Padawan.

The only way to get there is via a narrow and sloppy motorcycle path in a 90-minute hike.

This village of some 60 Bidayuh families is not connected to the electricity grid, meaning the folk there had always depended on diesel-powered generators for electricity.

But there will be round-the-clock electricity for them soon as several organisations, including the University of Nottingham Malaysia Campus (UNMC), have joined hands to erect a micro-hydro generator system in the village. PKR Mambong Branch chairman Willie Mongin said the project was expected to be completed by the end of this month.

“All this while, Kampung Sapit villagers rely on diesel-powered generators for electricity. But these generators can provide sufficient electricity for only a few hours daily,” Willie told The Borneo Post yesterday.

He added that while the generators provided the much needed energy, they were costly to run and contribute to air and noise pollution.

“Each family needs to spend between RM600 and RM900 on diesel. Those families that could not afford generators used kerosene lamps instead,” he said as a matter-of-factly. Willie, who is also an IT entrepreneur, said the micro-hydro generator project would enable each family to have access to about 500 watts of power – enough to power two 18-watt light bulbs, two 50-watt fans, a 120-watt television set, a 150-watt chest freezer and a 100-watt laptop.

“The estimated cost for the micro-hydro generator to be between RM50,000 and RM100,000, and the project is mainly funded by non-governmental organisations (NGOs) and my personal contributions.”

Willie said the longhouse residents would also be educated on sustainable energy sources and environmental preservation.

“As the micro-hydro generator is eco-friendly, it is also suitable for fish farming since it creates better ecology for aquatics. Hence, we (NGOs) plan to rear fish there for the villagers.”

Meanwhile, EWB president Sanjiv Indran, when contacted yesterday, shared his views on the everyday life of the Bidayuhs during a reconnaissance trip to the village by UNMC last May.

“The village is not connected to the (electricity) grid and lacks basic amenities such as healthcare, proper waste management, and treated water.?

Sanjiv revealed that 30 volunteers from different faculties of engineering, science and arts in UNMC would be embarking on a mission to the village from July 22 to Aug 1, 2015.

“The aim of this mission is to improve the standard of living of the community there. The scope of this mission broadly covers infrastructure, education and health activities,?said Sanjiv.