Friday, July 10
You are at:Home»News»Sarawak»Lo wishing for a united Chinese, says Abdul Karim 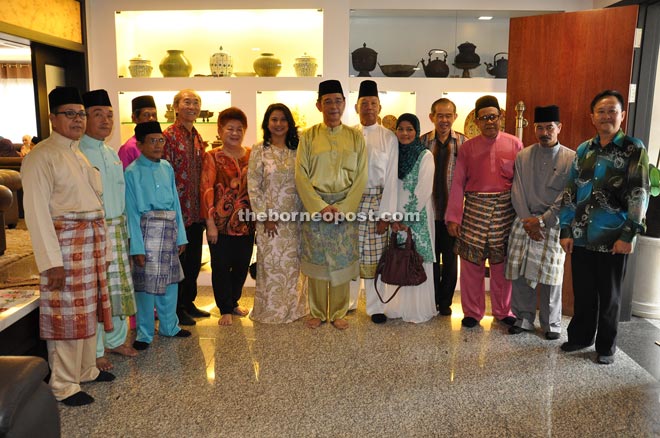 Lo, who is also UPP Batu Lintang branch chairman, during a visit to Tourism Minister Datuk Amar Abang Johari Tun Openg’s Hari Raya Aidilfitri open house on Friday, was quoted as saying that UPP is willing to compromise if SUPP agrees to do so as well.

He said this was necessary for the sake of unity in the Chinese community.

Abdul Karim, who is Asajaya assemblyman, when met at his Hari Raya Aidilfitri open house yesterday, said SUPP leaders should not look at Lo’s statement as arrogance but deem it as a good intention of wishing to see the Chinese community united.

“But I hope what the UPP secretary-general had mentioned can be taken with an open heart. Don’t look at it as being arrogant but rather as a good intention coming from him wanting to see the Chinese community united,” Abdul Karim told The Borneo Post.

He said even though he is from a different ethnic group and party, he would relish to see the Chinese community united under one umbrella.

In giving his personal opinion, Abdul Karim observed that after UPP was formed, there had been some problems with leaders looking after the Chinese community.

“All these years, it has always been SUPP in the forefront, but then because of some problems among the leaders, that led to the (breakaway) formation of UPP.”