Thursday, August 13
You are at:Home»News»Sabah»WWII cave, bunker rediscovered in Kudat 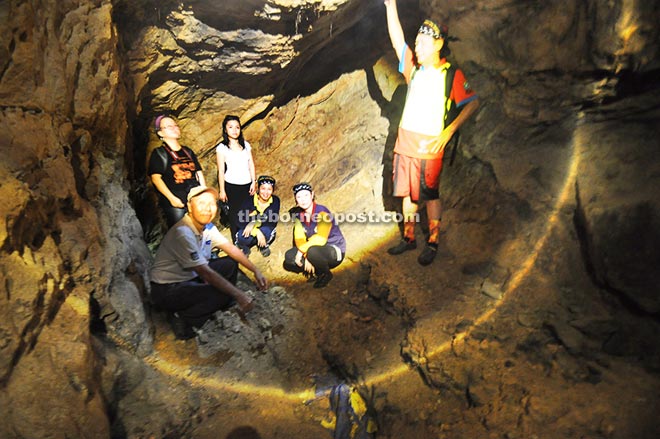 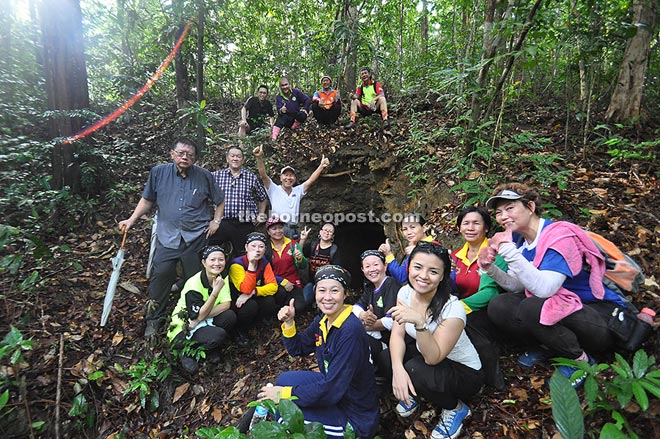 KUDAT: A man-made cavern and adjacent earthwork excavation believed to be remnants from World War Two (WWII), were rediscovered by a group of architects and hashers in Kudat recently.

Members of Pertubuhan Arkitek Malaysia (PAM) Sabah Chapter, led by architect Victor Wong, who is the chairman of the Book Publication Committee, and representatives of Kudat Coconut Hash House, announced this rediscovery following a group excursion to the site on July 16, just before the recent Hari Raya celebrations.

The undisclosed site at Kudat was believed to have been used during WWII, and is located on extremely hilly terrain near Kampung Pinangsoo.

“The cave opening measures roughly seven feet in diameter and increases in height to approximately 12 feet into the 50-foot or so cavern,” estimated Ar. Victor Wong.

“While we did not find any artifacts inside other than a few bats, some Kudat locals believe the cave was used as refuge during WWII to avoid being bombed or captured by the Japanese,” he added.

A narrow man-made excavation was also found nearby the cave, carved sharply out of the hillside.

Architectural researcher and writer Richard Nelson Sokial, who accompanied the PAM Sabah Chapter group and hashers during the rediscovery of the Pinangsoo cave, noted that the man-made excavation adjacent to the cave could possibly be a wartime ‘gun-pit’ or concealed bunker.

“If it is indeed a war bunker, it would most probably have been camouflaged using small logs or branches laid horizontally and covered with earth, dead leaves and other jungle foliage,” he speculated.

“However, more studies and investigations need to be conducted at the site in order to substantiate the findings and to explain what happened here during WWII”, he said.

Ar. Wong noted that there is a lot of untold history about Kudat that even locals there were not aware of.

“We are trying to piece together whatever information we can about history in Kudat through any existing structures, sites and buildings of interest in Kudat,” he said.

Ar. Wong also hoped that more local folks with knowledge on Kudat town and district history would come forward to share their information so that it could be written down for reference of the future Sabah generations.