Monday, September 26
You are at:Home»News»Sabah»My son wanted to save lives — Parent 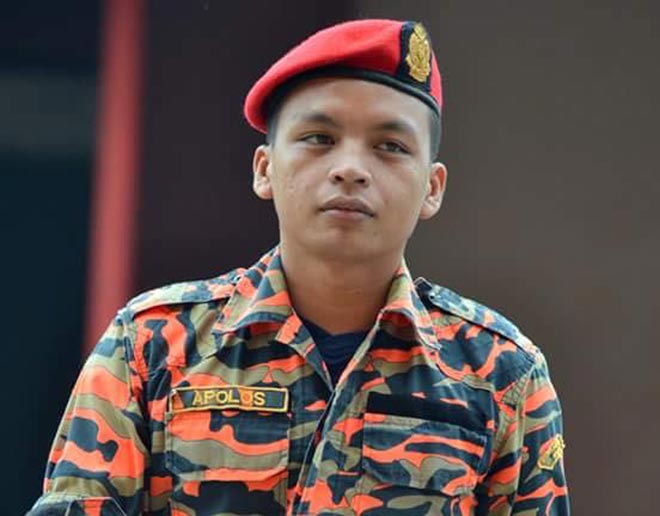 SANDAKAN: Jeremos Wotau has always believed that his son, Apolos, 25, was born a hero, and the 56-year-old grieving father is truly certain that he died as one too.

He remembered how his son had turned down an offer from Petronas which could have earned him a fat salary, to be a fireman four years ago.

“My son wanted to save lives. That was his dream,” said Jeremos, adding that Apolos, the youngest of six siblings, had never failed to amuse him.

“I was very proud and impressed to learn that he was the only one from the Sandakan Fire Department to be part of the STORM team.

“Due to workload, we did not talk much. The last time we spoke was when he called to tell me that he was leaving for Ranau to be part of STORM’s search and rescue team.

“Apolos told me he had climbed Mount Kinabalu to rescue victims. He shared his experience of feeling the tremors. I was worried, but was glad he returned home safely,” said Jeremos.

They, however, did not meet since Apolos lived with his wife, Launrinjah Samin, who is now five months pregnant with the first child, at the staff quarters, while his parents live at Kampung Entilibon, Telupid, about 130 kilometres away.

Jeremos knew that his son was loved by his colleagues because he could feel their hurt when he went to the Sandakan Fire Station for his son’s last journey there yesterday before he was taken home for burial today (Wednesday).

Apolos and his team responded to a 2.59pm distress call over a bush fire at Mile 7 at Taman Kenari, here, on Sunday.

He was found unconscious, believed electrocuted, after stepping on live illegal wiring while putting out the fire, and was rushed to the Duchess of Kent Hospital for treatment.

Expressing gratitude to the Fire and Rescue Services Department and to all other parties who were very committed in assisting all aspects on managing Apolos’ final farewell, Jeremos expressed hope that youngsters would not shy away from considering firefighting as their career.

“My son dedicated his life to saving people to his last breath. It would be a great honour if others would share his passion. Besides, there is no STORM member from Sandakan left…a replacement is much needed so we have pride in having an elite rescuer from our district,” he said.

The inconsolable Launrinjah, a government health personnel, could not be reached for comments.

Melancholy filled the air at the fire station here during the sending off of Apolos’ body with the department’s van.

Fully dressed in their uniforms, many became very emotional and were seen in tears when bidding their goodbyes to Apolos.

Many felt that their little time together was summarised in that simple yet memorable ceremony.