Friday, June 25
You are at:Home»News»Sarawak»Thousands came out to celebrate Sarawak independence day 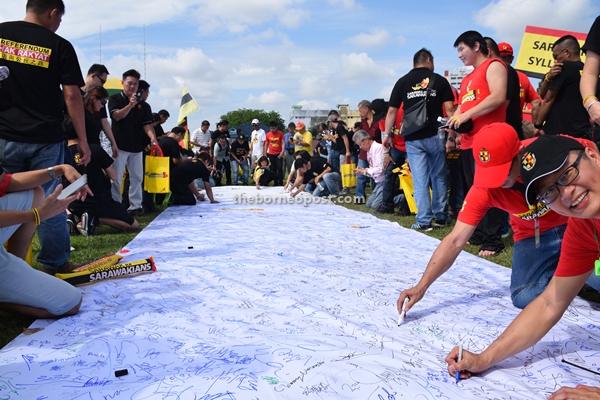 KUCHING: Over 5,000 people attended the ‘722 Sarawak Freedom and Independence Day Walk’ at Song Kheng Hai rugby field here today, calling for better treatment and equal rights to be accorded to the state by the federal government.

Among others, the rally also called for July 22 to be gazetted as a public holiday, recognition of Sarawak independence in the school history curriculum, reinstatement of English as the medium of instruction in schools, greater infrastructure development in rural areas and for the government to grant the state fair equity in oil and gas.

The event, to commemorate Sarawak independence day from British Colonial rule on July 22, 1963 was organised by Sarawak Dayak Iban Association (Sadia) and Sarawak for Sarawakians (S4S) movement. The highly-charged rally, albeit peaceful, was held in order and went without a hitch. 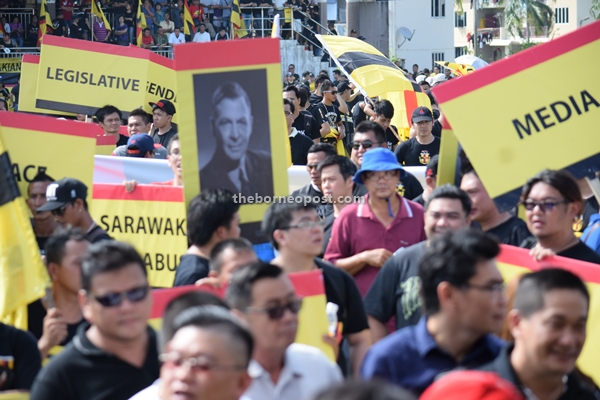 “I want the public to understand history and the right dates of our historical past. Sarawak obtained its independence on July 22, 1963 prior to the formation of Malaysia. This rally is not about calling to Sarawak to secede from Malaysia, but for the people to understand our history and to know our rights,” the rally’s organising chairman Peter John Jaban told reporters during the event.

Thousands of participants gathered as early as 7am at the nearby Jubilee Ground to march towards the venue in Padungan while some gathered and walked from Padang Merdeka. The two-hour rally also saw the people lining up in an ‘S4S’ formation for a photocall and participating in a flag-raising ceremony.

Various banners and placards in support of Sarawak’s rights and equality were displayed as the crowd chanted slogans such as ‘Sarawak for Sarawakians’, ‘Agi Idup Agi Ngelaban’ and ‘Dum Spiro Spero’ during the rally. Participants came from all over the state with some as far as Lawas and even Belaga. 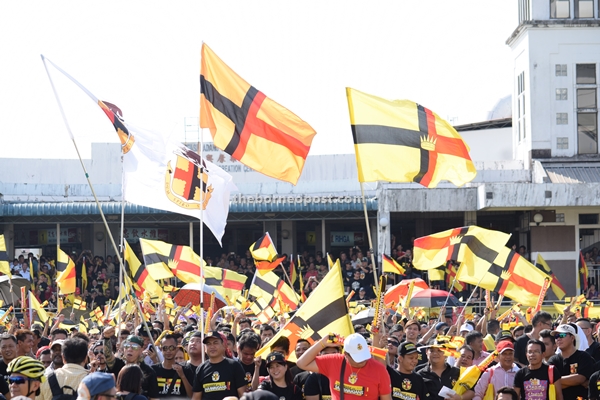 Most were clad in black T-shirts with ‘Sarawak for Sarawakians’ emblazoned on them and waving post-Sarawak Kingdom independence flags. The people also sang the old state national anthem ‘Fairland Sarawak’ as well as ‘Ibu Pertiwiku’ in a show of solidarity and allegiance to Sarawak.

Despite warning from the Inspector-General of Police (IGP) Tan Sri Khalid Abu Bakar that the rally could be used to incite secession of Sarawak from Malaysia, the presence of uniformed police was light. Khalid had advised organisers to call off the gathering citing security reasons.

The crowd dispersed at around 10am, peacefully marching towards their meeting points at Jubilee Ground and Padang Merdeka amid police escort. 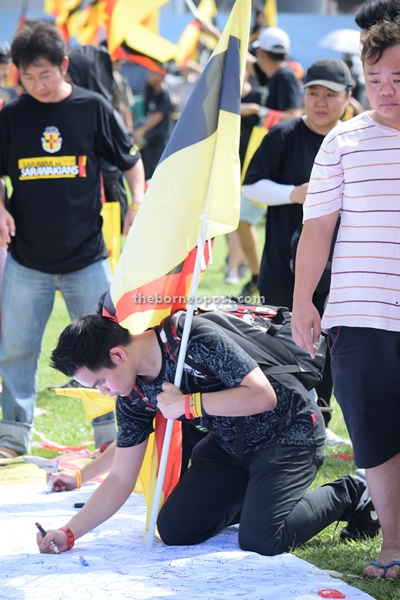