Friday, August 14
You are at:Home»News»Sabah»Youth arrested over motorcycle parts theft 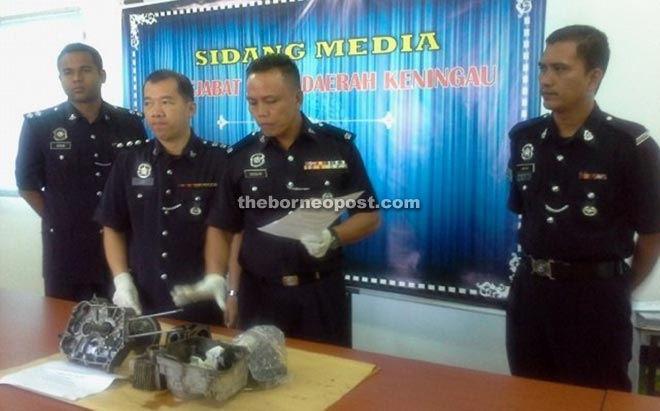 District police chief Deputy Superintendent Douglas Nyeging Taong said yesterday that the 16-year-old suspect, who is a cousin of the complainant and unemployed, was detained on July 16 at an unnumbered house at Kampung Panagatan Laut here.

He said on July 13 the complainant lodged a police report after he found his motorcycle engine and two tyres were missing from his house.

“When the complainant asked his neighbour, he was told that his cousin often came to the home when he was away attending a course in Sandakan,” he said.

Acting on information, police arrested the suspect who was remanded for investigation under Section 457 of the Penal Code.

If convicted, the suspect could be imprisoned between one to seven years or fined.