Fishing boats berthed alongside a village in Nusa Penida. The ocean is an important source of food for all six countries in the Coral Triangle Initiative. — Photos by Marthen Welly/Coral Triangle Centre.

EARLY this month, the international diving community was up in arms over a series of photos uploaded to social media websites allegedly depicting the removal of marine species from the ocean, including what appeared to be threatened and protected species, and tourists physically touching and handling the creatures out of the water.

Many commentators expressed disgust and dismay at the act, said to have taken place on a boat, operated a Professional Association of Diving Instructors (PADI) accreditted dive resort in Sabah earlier this year — condemning it as irresponsible and unprofessional.

Others threatened to boycott the operator.

It evoked strong reactions from the diving community because removing the animals from their natural habitats would not only cause them distress but may also give tourists the wrong idea it is acceptable and routine for such acts to take place.

Sabah wildlife authorities are now investigating the incident while the resort concerned has apologised over the incident.

Situations like these are unfortunately not uncommon in this part of the world where much public and private sectors funding and attention are given to capturing the tourist dollar but comparatively very little to developing sustainable marine tourism.

More often than not, it is a case of good intentions but misaligned priorities. The word sustainability has become something of a cliché with governments and for-profit businesses recognising its marketing and branding value but may not fully understand or be committed to what it entails.

This often puts them at odds with other stakeholders, including environmental non-government organisations (NGOs), scientists, researchers, and local communities dependent on the environment for their livelihoods.

This adds unnecessary red tape and confusion when it comes to setting up and enforcing policies which better support sustainable practices in the industry.

Thus, it is not surprising even well-meaning individuals, businesses, non-profit groups and government agencies may still run foul of what constitutes sustainable tourism practices. 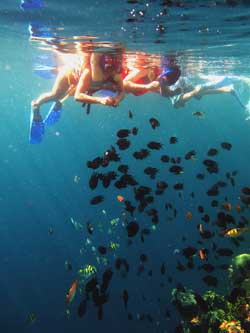 One of the aims of the upcoming 4th Coral Triangle Regional Business Forum is to help create common ground between the marine tourism industry’s various stakeholders and establish a framework of best practices to guide decision-makers and business operators, hoping to take advantage of the industry’s economic potential in the Coral Triangle.

The forum which will focus on sustainable marine tourism, is set to take place in Bali, Indonesia, from Aug 27 to 29.

It was created by the Coral Triangle Initiative on Coral Reefs, Fisheries and Food Security (CTI-CFF) and its development partners to engage with the private sector in creative innovative business solutions to sustain the region’s marine resources that are economically profitable and environmentally sustainable.

Covering 1.6 per cent of the Earth’s oceans, the Coral Triangle, stretching across six countries — the Philippines, Malaysia, Indonesia, Timor Leste, Papua New Guinea and the Solomon Islands — is rich in marine biodiversity.

It is an important source of food and resources to about 363 million people who reside within, along with many more outside the region. Fish and other marine resources are a principal source of income, food, livelihoods and export revenue in all of the Coral Triangle countries.

However, the pressures of expanding populations, economic growth, international trade and illegal, unreported and unregulated (IUU) fishing are putting the region’s marine ecosystem at risk and reducing the region’s ability to ensure food security for the long-term.

Ensuring marine biodiversity and food security for all dependent on the Coral Triangle will require effective preservation and management of the marine life within this area. 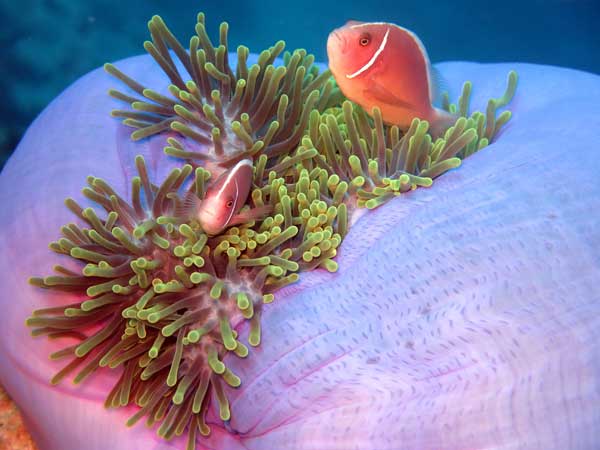 People don’t often realise the impact their actions on land have on marine life such as reef fish and corals as the water hides it. Divers and fishermen are often the first to sound the alarm.

Despite the tangle of challenges it presents, adopting sustainability makes good business sense and stakeholders cannot afford to miss the benefits and opportunities it offers nor ignore the need to actively participate in it as a community, pointed out Leilani Gallardo, one of the CTI-CFF Regional Business Forum organisers.

She also highlighted for marine tourism to be successful and sustainable, it had to benefit all the stakeholders.

“For example, two of the most visible stakeholders in the industry are the dive operators and the hotels and resorts. Tourists and divers come to experience and appreciate the beautiful beaches and see the marine animals. So it is in their best interests to ensure the ocean is pristine and the wildlife are protected.

“But what happens sometimes is they only focus on what directly affects them instead of looking at the overall picture. For instance, in marine protected areas, dive operators bring in divers but once the dive is over, they pack up and leave the hotels and resorts without much interaction with the locals.

“The local community which used to depend on the ocean for their livelihood, don’t benefit from the influx of people and, thus, have little incentive to protect the sea and marine life,” she said.

Another common scenario is residents and businesses using the ocean as a dumping ground for their trash and waste, or only being concerned about the cleanliness of their immediate vicinity.

One of the biggest challenges to ocean conservation and coastal area management is the boundaries are always shifting.

Ocean currents carry pollution, debris and trash and distributes them along the coastline and poisons important food sources and breeding grounds, while marine life such as fishes and turtles move from one area to another.

Another challenge is the water hides most of the visible damage caused by marine trash and pollution such as dying and diseased corals and declining fish populations.

While divers, local fishermen are often the first to sound the alarm because they see the changes upclose and first hand, other stakeholders may take a while to catch up because they do not see it as often or as easily. 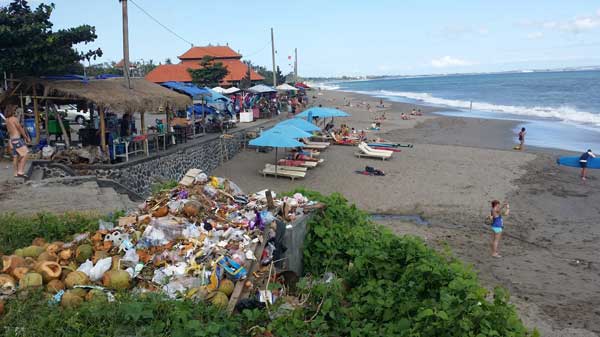 A mound of trash generated by nearby stalls and businesses is an eyesore on a popular surfing beach frequented by tourists and locals in Bali.

Only a sustained, concerted effort by the whole community of stakeholders is likely to have any significant long-term impact on an area’s coastal environment.

For example, organising beach clean-ups will be of little use if people still use the rivers and ocean as dumping grounds as the next tide will only just deposit a fresh layer of rubbish on the shore.

But that is not to say beach clean-ups do not have their use in educating the public about taking care of the ocean and coastal areas.

“The purpose of beach clean-ups is not so much to clean the beach but reinforce the idea and make the connection in people’s minds that what they do away from the ocean will still have an effect on it.

It is to build awareness the trash you leave elsewhere gets washed to the beach,” Leilani said, highlighting the importance of public awareness and education within the industry as a preventive measure.

She hoped individuals and businesses in the regional marine tourism industry would take advantage of the upcoming regional business forum to connect with other stakeholders and tap into the experience and expertise of the international panel of speakers, academics

and subject matter experts from both the private and public sectors.

The last theme aims to present a marketing plan to enable the six Coral Triangle countries to market the region as a sustainable marine tourism destination as well as provide greater platforms of exposure to the media and tourism service providers.

To find out more about the Coral Triangle Initiative, visit www.coraltriangleinitiative.org.