Monday, August 10
You are at:Home»News»Sarawak»Kuching to host national-level International Day of the World’s Indigenous People 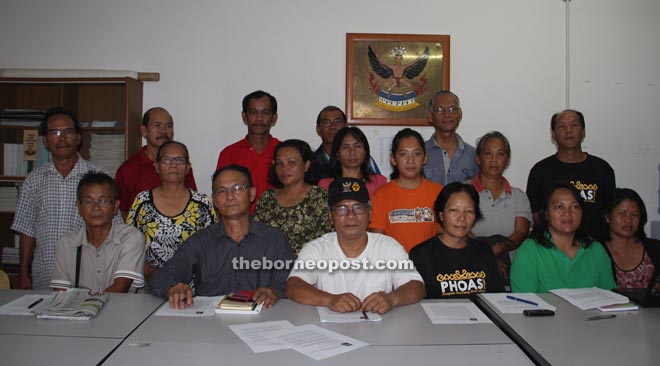 KUCHING: The national-level celebrations for this year’s International Day of the World’s Indigenous People will be held in Kuching from Aug 7 to 10.

The celebrations, organised by the Indigenous People’s Network of Malaysia (JOAS), will be hosted by several indigenous organisations led by Sarawak Dayak Iban Association (Sadia) and will be held at the Dayak Bidayuh National Association (DBNA) headquarters.

He explained the International Day of the World’s Indigenous People is observed on Aug 9 each year to promote and highlight the rights of the world’s indigenous peoples following the decision of the United Nations’ General Assembly on Dec 23, 1994.

“The indigenous people of Malaysia, which make up 13.8 per cent of the population, continue to face many issues and challenges that affect their rights as citizens of the country.

“Even though Malaysia endorsed the United Nations Declaration on the Rights of the Indigenous Peoples (UNDRIP) in 2007 – which outlines the rights that the government should respect and recognise; the serious gaps in our laws, policies and administration continue to persist.

“As such, Malaysia’s indigenous peoples continue to assert their rights and are determined in their efforts to bring about positive change in the country,” he said to reporters at the Sadia headquarters here yesterday.

Nicholas also said he expected the celebration will attract a lot of interest from both locals and tourists alike, since it coincided with the Rainforest World Music Festival (RWMF) to be held in Kuching.

Activities planned include cultural presentations by various indigenous groups on the evenings of Aug 7, 8 and 9, including a rare opportunity to witness performance by Orang Asli cultural troupe.

On Aug 9, there will be a formal launching of the celebration and exhibition and sales of traditional food, followed by traditional sports activities in the afternoon. Several Dayak elected representatives and community leaders are said to be invited for this event.

In line with this year’s theme ‘Territorial Domain: Indigenous Peoples’ source of life and heritage’, a half-day seminar on indigenous territories with speakers from JOAS, the Bar Council and Sarawak Land and Survey Department will be held.

“The objectives for this year’s celebration include promoting solidarity, sharing of experiences and knowledge among the indigenous peoples, and to raise awareness through showcases of cultures and issues.

“We also aim to engage with government agencies, civil society groups, United Nations agencies and foreign embassies through open dialogues during the organising of the celebration,” said Nicholas.