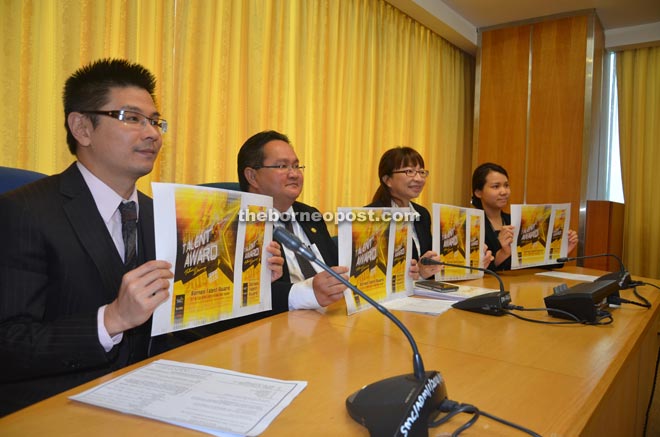 SIBU: Sibu Municipal Council (SMC) has decided to postpone the Visit Sibu Year 2016 due to insufficient facilities for the event.

Its deputy chairman Dato Andrew Wong said some of the facilities were not ready.

“We are also trying to establish better air connectivity to ensure the success of the VSY 2016,” he said.

“One of the routes we are working very hard on is the Kota Kinabalu-Sibu sector. I know MASwings is serving the (Kota Kinabalu-Sibu) route but their planes are a bit small for the passenger load.

“Furthermore, the flight frequency is not there while the airfare is expensive,” he told a press conference to announce the Borneo Talent Award 2015 contest yesterday.

He said the council had to apply to the Ministry of Transport for opening up the sky, and if it materialised, a negotiation on the matter would take at least six months.

He added they also had to do a lot of promotions so that foreign visitors could book their air tickets at least six months in advance when the price was cheaper.

“Nobody will come if the air tickets are expensive,” he said.