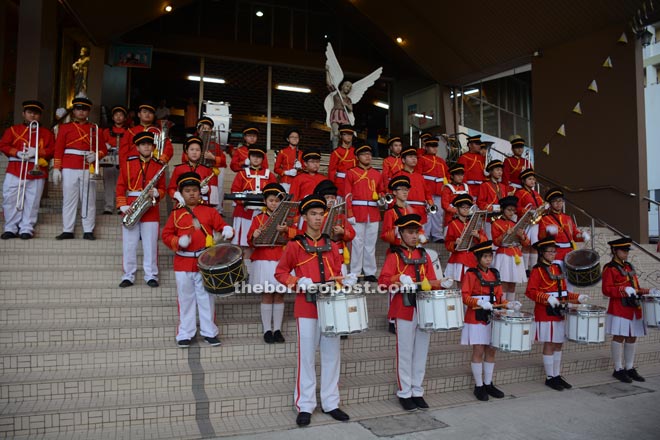 A school band adds colour up the celebration. 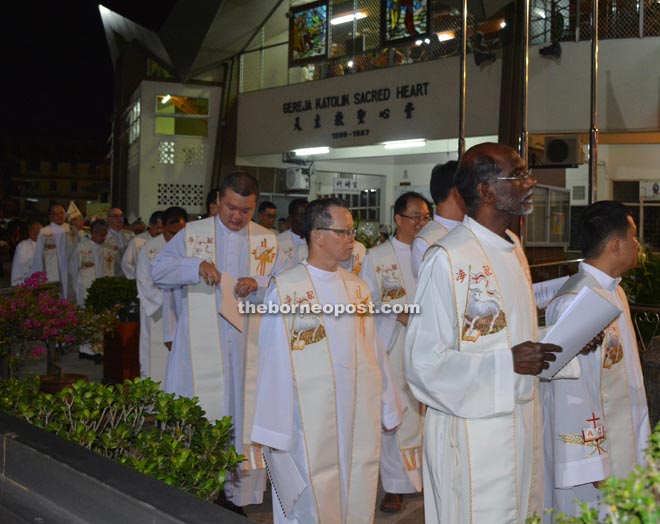 Ministers, priests and bishops in the procession led by the cross-bearers. 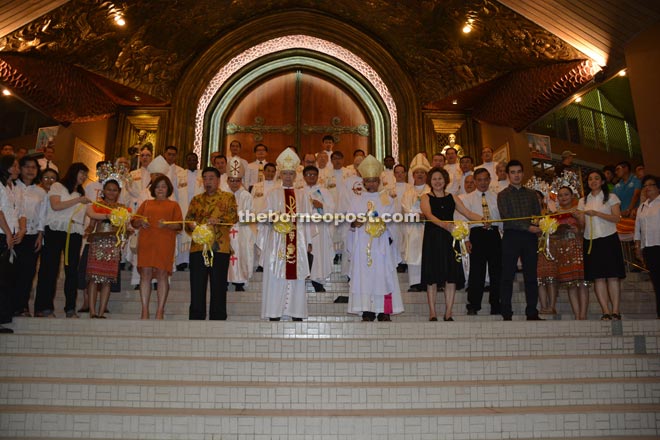 (From fourth left) Archbishop Marino, Bishop Hii and others before the Re-dedication Mass at Sacred Heart Cathedral here. 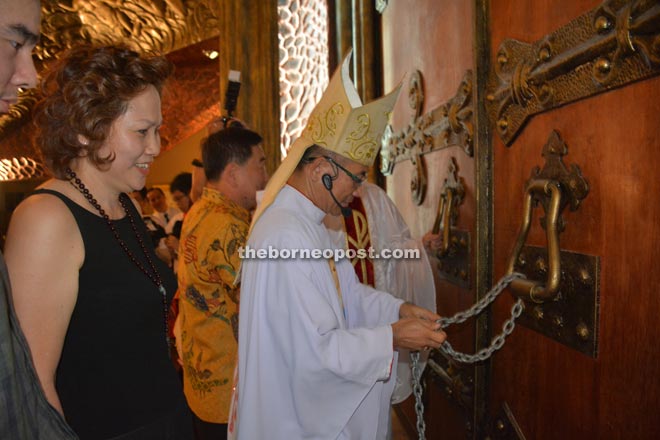 Bishop Hii opens the main cathedral door as part of the Re-dedication rite. 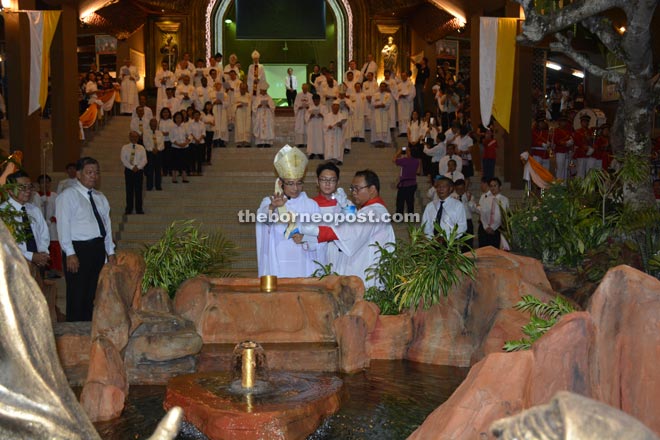 The blessing of the water by Bishop Hii in front of Sacred Heart Cathedral. 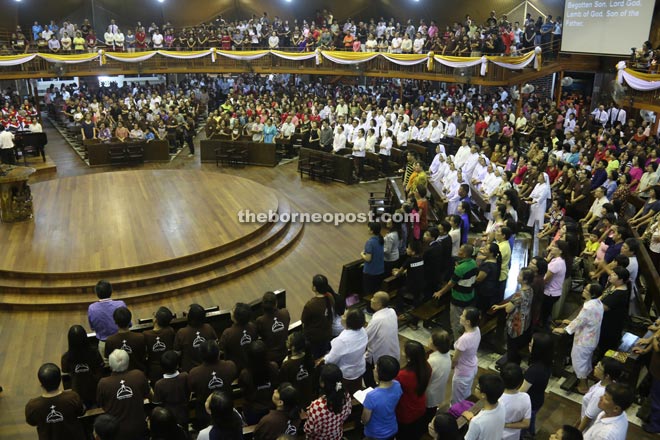 Thousands of faithful congregate at the Thanksgiving Re-dedication Mass at Sacred Heart Cathedral. 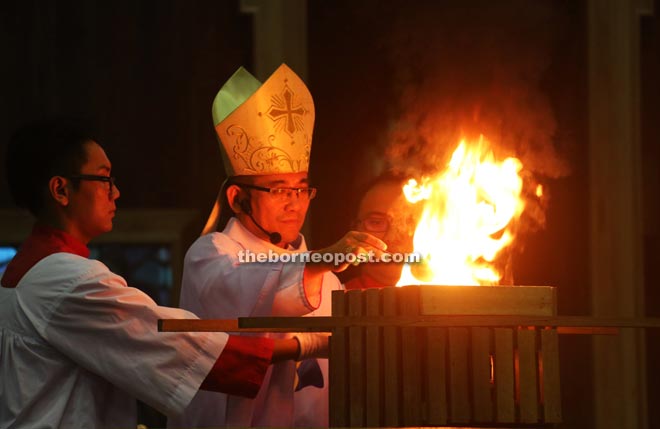 SIBU: A High Mass was held Thursday evening to re-dedicate the renovated Sacred Heart Cathedral and to mark its 30th Consecration Anniversary.

The church, built in 1985, has undergone a RM6 million facelift to accommodate the growing Catholic population here.

Thousands of faithful attended the Mass which began with a procession from the conference room of the cathedral to the cathedral hall.

This was followed by a group photo session and the symbolic opening of the main door of the cathedral.

Delivering the message of Pope Francis, His Excellency Joseph Salvador congratulated Bishop Hii and his team for the great development they had brought to the Sibu Diocese.

In his closing remarks, Bishop Hii described the re-dedication as very meaningful as it was in this very church that he served as an altar boy.

Bishop Hii said Monsignor Lee was the first priest to be ordained in the Sacred Heart Cathedral.

The renovated Cathedral has a seating capacity of 3,200.

The upper level alone can take in about 900 people.

The entire project, which took two years to complete, included the suspension to the church compound.

Meanwhile, Mill Hill Missionary priest Reverend Father Ferdinand Vergeer will be returning to Holland after having served in Sarawak over the past 56 years.

Last Wednesday, a banquet was held at SMK Sacred Heart Centenary Hall here to bid farewell to him.