Sunday, September 20
You are at:Home»News»Sarawak»BCF a stage to build Sibu as ‘city of arts and culture’ 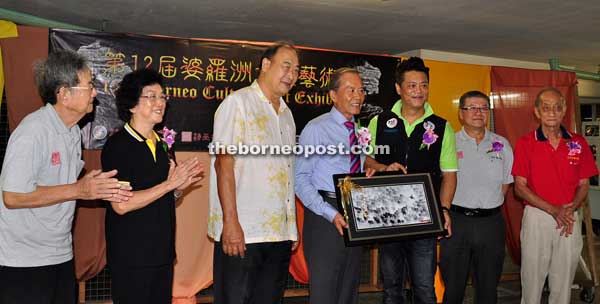 SIBU: The current Borneo Cultural Festival at the Town Square promises a grander event in its art and cultural exhibition, as four associations join forces to co-host the event for the second year.

Previously, the four were hosting their individual cultural and art events separately.

He said the Borneo Cultural Festival, which his council had hosted for the 12th year, had provided a venue for this cultural art interaction.

Besides, he said the joint event helped to promote tourism.

“I am happy that through this hosting, the people of Sibu are getting together to build a city of art and culture. This is the path we shall walk on in community building.”

He praised the four bodies who are playing a major role towards this.

In this light, he hoped Island Road – a road by the river that rekindles the historical legacies of Sibu with the townsfolk, would become an avenue for street art.

He believed with the contribution of Sibu folks, the town would burst into cultural colours.

Tiong noted that the four associations are displaying more of their cultural and art works in the Borneo Cultural Festival.

“Let us move on in building Sibu towards this direction,” he said.