Thursday, August 13
You are at:Home»News»Sarawak»Call for RWMF to feature more folksongs 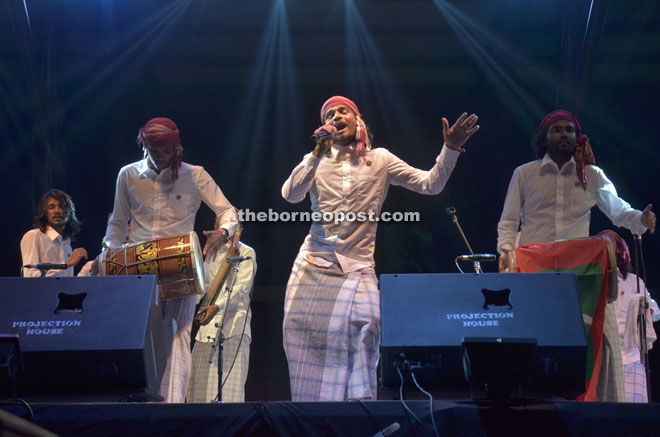 KUCHING: The Rainforest World Music Festival (RWMF) should promote more folksongs as a way to promote traditional music among youths.

For Malaysian-based band Culture Shot from Penang, their style of music represents everything about Penang, including its style, rhythm and language.

“All the songs that we do are based on memories of our hometown, street stuff that I picked up from my memories and turned them into songs,” said Culture Shot member Ang Eng Bok.

Another band whose music is also influenced by their traditions and cultures is Kapela Maliszow, a family band from Poland whose music is inspired by the traditional music of the Beskid Niski and Pogorze regions in southern Poland.

“Our band is a family band, and the music that we play is based on traditional Polish music as it is pretty much forgotten and we are trying to keep it alive and evolving,” said Kacper Malisz. 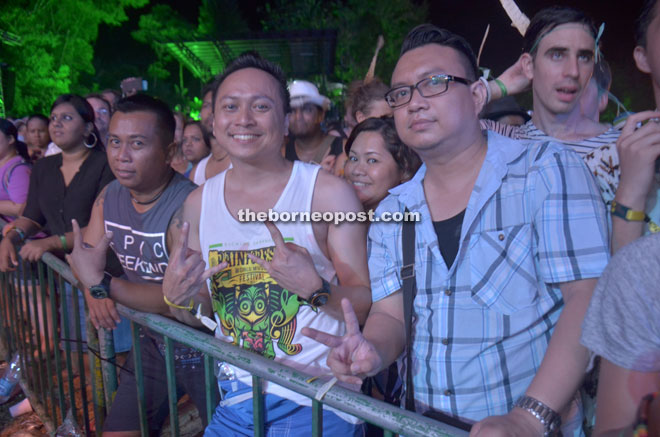 Happy audience enjoy at the concert.

According to Malisz, the band hoped to transform Polish traditional music into something more modern to make it more appealing to the people, not only in Poland but abroad as well.

For Drew Gonsalves of the band Kobo Town, whose style of music is inspired by Calypso music, he found his love for his hometown music when he moved to Canada at an early age.

“After moving to Canada, and I remembered the longing I had for my country and missing it a lot. I then began to look into the music and grew to love it,” he said.

Drew added that one thing that drew him was the humour in Calypso.

“Many types of music can get sour and self-righteous, and I found humour a great antidote to that. I always love the ability to treat something very serious with a little bit of humour, to laugh, and think at the same time.”

The press conference for RWMF2015 on the third day featured musicians from Kenwy Yang Qing Ensemble of Sarawak, Shooglenifty of Scotland, Ukandanz of Ethiopia and France, Kobo Town of Trinidad and Tobago, Culture Shot of Penang, Malaysia, Kapela Maliszow of Poland and performers from Sarawak Cultural Village.

The 18th edition of the three-day RWMF has 24 performers from all over the world taking to the stage.