Thursday, August 13
You are at:Home»News»Sarawak»SMUP ready to lend a hand to city’s hardcore poor 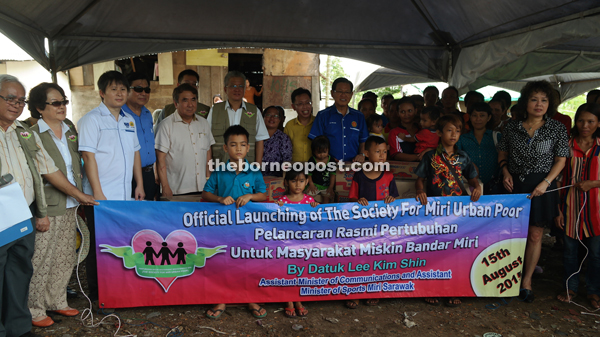 MIRI: The Catholic Church here has set up the Society for Miri Urban Poor (SMUP), a non-government organisation aimed at helping the hardcore poor, irrespective of race and religion.

According to SMUP chairman Sidney Lau, the society’s objectives are to provide basic needs to the poor and well as to help them secure financial assistance from the government or charitable bodies.

“We also hope to help their children obtain the formal education they deserve as well as assist them in finding suitable jobs and train them in specific skills,” he said.

According to him, there are currently 2,182 families classified as hardcore poor in Miri and they live in dismal conditions without urban facilities such as clean piped water and electricity.

“The ultimate aim of SMUP is to lift the poor in Miri out of poverty and guide them to a brighter future, especially their children,” he pointed out.

SMUP was officially launched yesterday with its first project, which is the distribution of food to 21 families at Batu Satu dump site. The food assistance will take place three times a week.

Members of Sarawak United Peoples Party (SUPP) Senadin also participated in the distribution of food aid, contributing their own donation of food items to the affected families.

Lau added that they had also identified another area and group of poor families in Pujut 7, which is not far from the bridge.

“But all this needs a lot of money. Being a charitable society, SMUP depends entirely on the generosity of the public to survive. We are appealing to good Samaritans to be our donors and benefactors as well as to believe and support our cause in order to make Miri a harmonious and loving city,” he said.

Donations can be made payable to The Society For Miri Urban Poor and sent to P O Box 1665, 98008 Miri, Sarawak.

The society also accepts donations banked into their Maybank account at 561127203561. 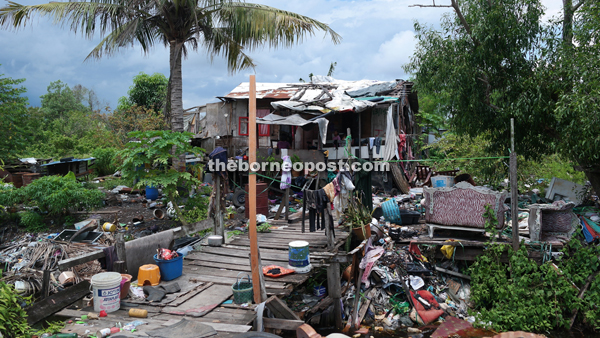 The house of one of the many families residing in the dump site.