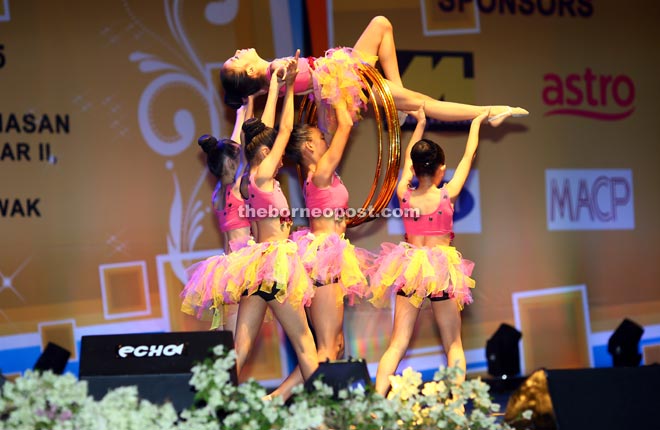 Members of a dance group lift a dancer during their performance. — Photo by Mohd Rais Sanusi.

KUCHING: The Kuching Got Talent 2015 finale, which dazzled audiences at Kuching City South Council (MBKS) Stage on Saturday, was given an allocation of RM50,000 to continue their good work.

This was announced by their guest-of-honour, Second Minister of Resource Planning and Environment Datuk Amar Awang Tengah Ali Hasan, after he witnessed local talents in action.

“I am proud to be here, and I’m sure MBKS will continue with this as an annual event. I would like to continue contributing for next year,” he said, before announcing his contribution for next year’s show. Awang Tengah, who is also Public Utilities Minister and Industrial Development Minister, congratulated the organisers and advised them to keep engaging the public in all their activities.

“Tonight’s programme has certainly opened up an avenue for youths to pursue their love for music or performance art, and to harness their potential.” He hoped the participants realised they could leave their own mark in the entertainment industry with their talents.

“For us, every human resource is a scarce resource, and it should be developed to its fullest potential. We must take an active interest in the development of our young.” 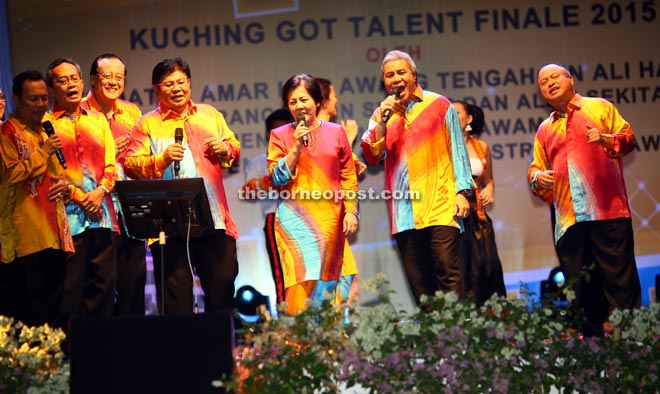 Awang Tengah (second right) managed to round up a few people to join him onstage in a rendition of ‘Berkikis Bulu Betis’, including Chan’s wife Datin Catherine Sng. 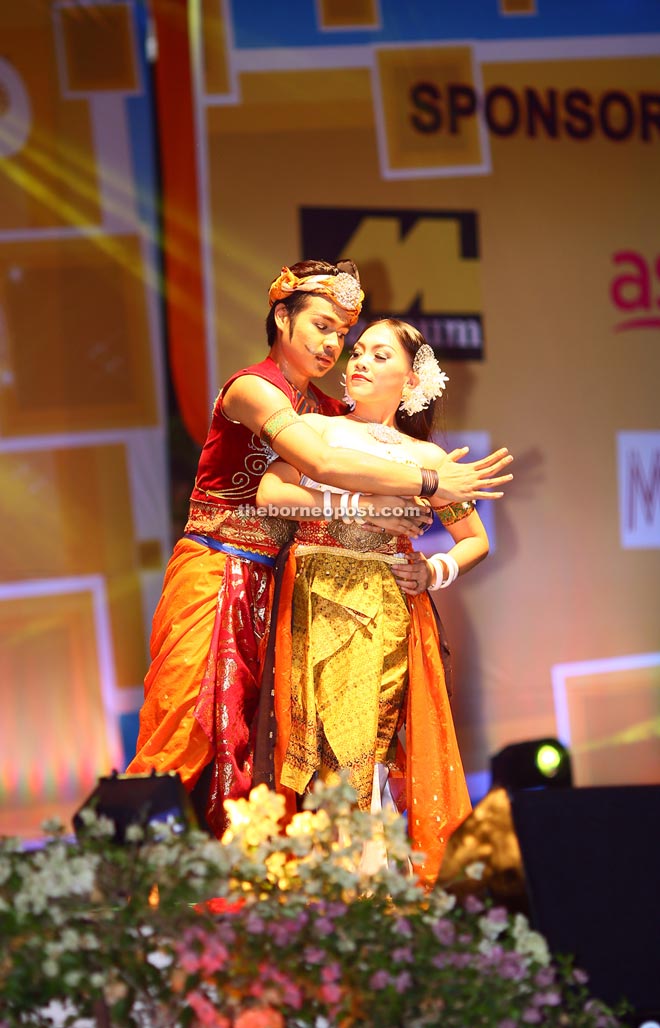 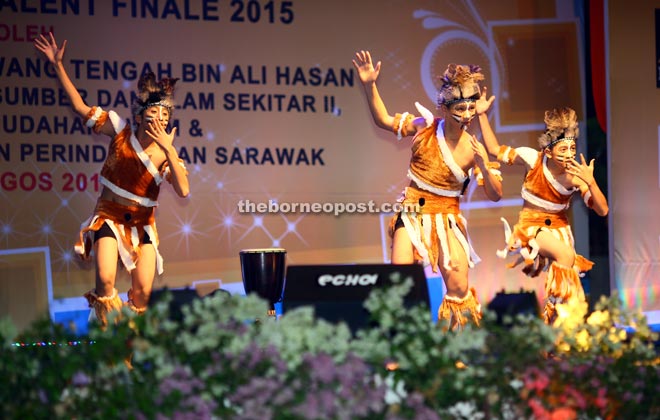 Tribal fusion made for an exciting dance number by this group. 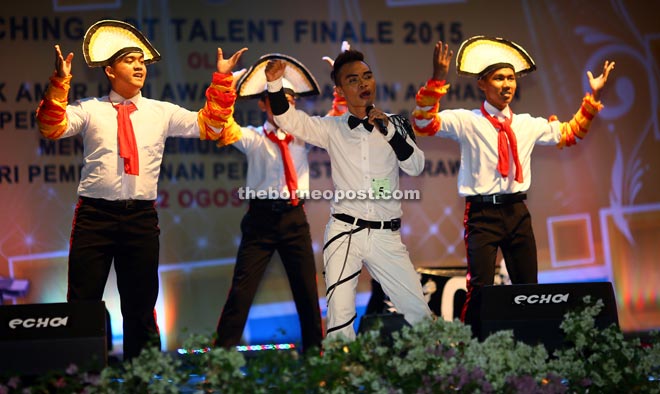 Leaving an impression was high on this singer’s list of priorities.

In his speech, Affendi also highlighted the importance of nurturing youths.

“The success of our education system needs to also be judged by the quality of the people it produces – their integrity, character, intelligence and their attitude towards work, their ability to be team players, and their sense of responsibility and commitment to society.” The band Sada Borneo also made an appearance as guest artistes.