Turnout at EGM far more than required quorum, despite presence of gate-crashers 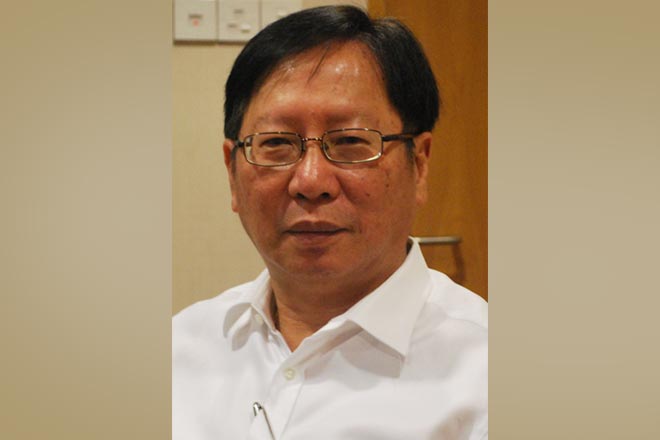 Lau, from Sibu, is also Sarawak United Association of Private Chinese Schools Management Board president. The election of a new central committee was held during an extraordinary general meeting (EGM) in Kajang, Selangor.

“The EGM that was called by five state affiliates of Dong Zong had the quorum and is, therefore, legitimate. The meeting was not smooth because some people had created a commotion … trying to stop the meeting.

“However, the police were present, so we managed to get the meeting done. The agenda for the meeting was to dissolve the central committee and to hold a fresh election.” Lau disclosed that the EGM was scheduled for 11am, but representatives arrived at the venue as early as 6am.

“We went in earlier because we had received information that some people would try to block us. We got there at around 6am or 7am, and the meeting lasted for about an hour.”

Before the EGM, it was reported that immediate past chairman, Dr Yap Sin Tian, had urged his supporters to mobilise 10,000 people to stop the meeting from taking place. Lau believed Yap would resort to all kinds of means to challenge the new leadership to create problems for Dong Zong.

He said although his committee was under no illusion that issues plaguing Dong Zong would go away just like that, they (committee) would start charting a course to bring Dong Zong on its feet again.

“The former chairman was not able to solve issues within Dong Zong, and because of that, the leadership crisis dragged on for over a year. The best way to solve Dong Zong’s crisis is to dissolve the central committee and go for a fresh election, which we did.

“It is clear that support for Yap is getting less and less. Dong Zong cannot continue to be plagued with issues or there will be far-reaching consequences for Chinese education in Malaysia.”

He hoped Yap would not stir more problems, particularly now that a new central committee had been formed.

Lau said the new committee would have to look at several issues that remained unsolved due to the leadership crisis.

“We hope to solve all issues faced by Dong Zong in the interest of Chinese education. We need to plan our strategy and to have a new direction for Dong Zong.”

Asked how soon he would call for a meeting of the new central committee, Lau said, “I still have to discuss with the secretary-general, maybe within a month or so.”

“Although members in Terengganu, Selangor and Sabah were absent, we have reserved positions for them. We want Dong Zong to be well represented.”

Meanwhile, it was reported that a group of protestors gate-crashed the Dong Zong building in an attempt to stop the EGM from taking place.

Over 10 minutes before the meeting started, a few protestors used a big cutter to cut the chain, pushed the gate, and lifted it up, resulting in the gate collapsing.

Dong Zong, in a press statement, condemned the gate-crash and vowed to lodge a police report to bring the culprits to book.

It was also reported that the former deputy chairman, Chow Siew Hon, who is in Yap’s faction, had insisted that the EGM and new committee were illegal, adding that members could not be elected on the day of the EGM.