Thursday, August 13
You are at:Home»News»Sabah»Tour prices to be based on exchange rates 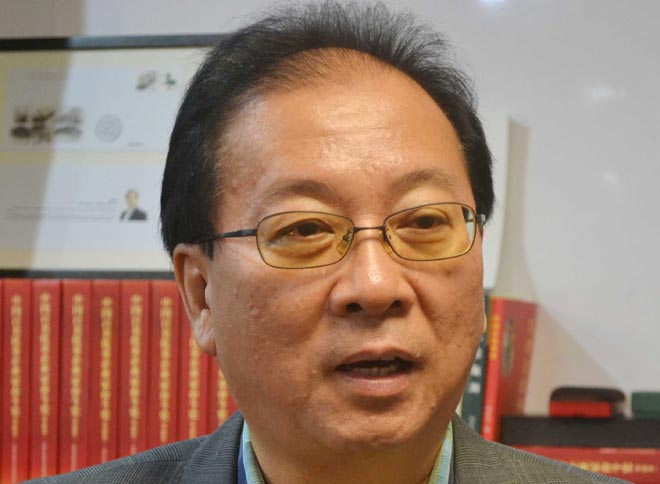 KOTA KINABALU: Travel agencies in Sabah will start collecting payment for tours based on daily exchange rates amidst concerns over operating at a loss due to the depreciation of the Malaysian ringgit.

Sabah Association of Tour and Travel Agents (SATTA) chairma, Dato’ Seri Winston Liaw, said the association’s committee has unanimously agreed on the strategy as a way of coping with the fluctuations in exchange rates.

In fact, Liaw recommended SATTA members to fix the exchange rate at RM3.8 against the US dollar and around RM1.6 for Renminbi as the baseline for quotations. The rates were proposed by Liaw during a committee meeting and have been adopted by his company, Airworld Travel & Tours Sdn Bhd.

Under this measure, Liaw said, clients would either pay more or less than the quoted price for tours, depending on the exchange rate of the day and their travel destinations.

For instance, Liaw said, if the Ringgit to US dollar is 4.1 at the time clients make full payment, then they would have to top up the 30 sen difference as the baseline is set at 3.8.

Conversely, if the ringgit came out stronger against the US dollar down the road and the exchange rate is lower than the 3.8 baseline, clients would pay less than the quoted price, he said.

Liaw said this in a press conference here yesterday, adding that the reason he made the announcement to the press was to avoid misunderstanding by clients.

According to him, airline companies have been practising this strategy for around a decade, in which the airport tax and fuel surcharge were the two variables which fluctuated according to exchange rates and global oil prices.

“We are applying airlines’ strategy to our tours. If we do not do that, the impact (of the depreciation of the Ringgit) to travel agents would be severe.”

He said the price difference to clients might be a few hundred ringgit, but to travel agents, the difference could easily snowball to hundreds of thousands of ringgit, not to mention the fixed overhead costs like salary and rental that tour operators have to pay.

Liaw said, the fluctuations of currency exchange was even worse in the 1998 Asian financial crisis, but the former Prime Minister Tun Dr. Mahathir Mohamad had quickly pegged the Ringgit to the US dollar.

Now that a similar situation is recurring, Liaw said, travel agencies have to take action to save themselves or else they would shut down.

“We hope the public will understand our predicament.”

Liaw said, some travel agencies in Sabah have started doing so, and while the 3.8 baseline for the Ringgit to US dollar exchange rate was recommended, travel agencies might lower the figure even more to prevent losses.

Travel agencies, he said, have used June’s currency exchange rate of around 3.6 against the US dollar to calculate the price for tour groups in Malaysian Association of Tour and Travel Agents (MATTA) fair here on July 3-5.

Many travel agents have locked in clients for the months of September, October, some even till Chinese New Year based on June’s exchange rate, he said.

“Today, the ringgit is trading at RM4.3 against US dollar,” he said.

Liaw said his travel agency have received up to 500 bookings in the MATTA fair, and coupled with the low profit margin during the fair, the tours were running at a loss.

He deemed the 3.8 baseline exchange rate is fair as travel agencies only suffer a loss between 10 and 20 sen while striving to offer clients a good price.

For clients who have only paid their RM1,000 deposit for their vacations during the MATTA fair, Liaw said, his travel agency would collect the full payment based on the daily exchange rate.

He said travelers who could afford the vacation would not feel a big impact and they had the opportunity to pay less if the exchange rate improved.

Nonetheless, Liaw said, clients have the right to postpone or cancel their trips even if they have paid the deposit. Cancellation of trips must be made two months prior to the departure date to avoid a cancellation fee.

SATTA has a total of 67 members.