Tuesday, May 18
You are at:Home»News»Nation»12 pirate attacks reported in southern region so far this year 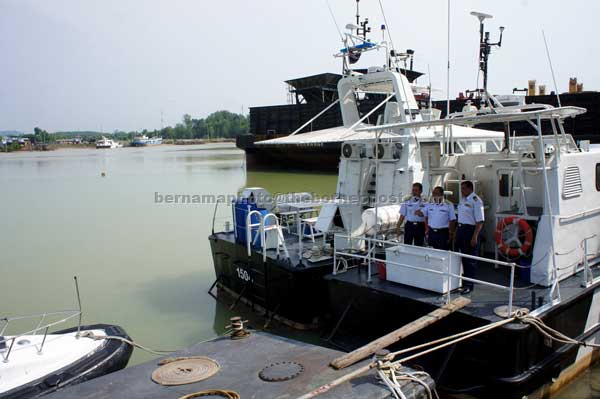 ALOR GAJAH: A total of 12 attacks by pirates have been reported from January until now in waters under the purview of the Malaysian Maritime Enforcement Agency (MMEA).

“These cases were successfully solved following early tip-off before the officers and MMEA personnel ran the operations.

“Most of the cases involved robbing ships of oil and there were some which involved the theft of ship spare parts,” he told reporters after an official visit to Maritime District 5 in Linggi here, yesterday.

He was comparing the statistics to that of last year, where there were 15 reported cases of pirate attacks, of which seven were resolved.

In the meantime, Adon said the cooperation of all parties was needed to help MMEA combat crime at sea quickly and effectively to safeguard the security of the people and the country.

He said MMEA always conducted various programmes with the community and residents living near the waters in the Southern Region to sensitise them about the roles and responsibilities of the MMEA.

“Cooperation with the residents and community is indispenseble to MMEA in combating crime at sea,” he said. — Bernama

Previous ArticlePM tells stakeholders to leverage on strong tourism fundamentals
Next Article Salleh: Celebration will go on despite haze situation